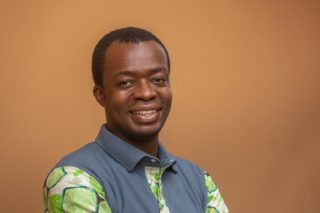 A sizable proportion of Cote d’Ivoire’s estimated 27 million people work in agriculture in some capacity. From 2009 to 2019, the agriculture sector contributed 15.69 per cent of Cote d’Ivoire’s Gross Domestic Product (GDP). Agricultural activities in the country are primarily carried out by small-scale farmers, who, like their counterparts in other parts of the world, face organic waste challenges as well as financial difficulties.

Biowaste accounts for two to five times the amount of crops or produce sold in Côte d’Ivoire, amounting to 30 million tons of waste disposed of annually. These wastes are produced at various stages, post-farming, such as harvesting, processing, transporting, and at points of sale.

Noel N’guessan, the recent winner of the Africa Prize for Engineering Innovation, believes that this waste can be used for good, which inspired him to develop Kubeko, a set of low-cost biowaste processing equipment. Kubeko, according to him, would assist Ivorians in generating income and providing organic fertilizers for farming.

In this interview with Ventures Africa, Noel N’guessan takes us on a journey through his innovation, product prospects, and winning the APEI.

Could you please introduce yourself and tell us a bit about your background?

My name is Noel N’guessan, and I am an Engineer specializing in waste management. I returned to Côte d’Ivoire in 2015 to work in sanitation and bioengineering, but I had previously worked in the Netherlands.

What does it feel like to win Africa’s foremost engineering prize, and how has your life changed since then?

It’s both emotional and nice because it’s an engineering award, and I’m an engineer. It is a reward for many years of hard work in terms of developing in low-tech because our innovation isn’t particularly high-tech. However, to obtain the engineering price, you must produce high-quality engineering, even though it’s low-tech.

In terms of what has changed, we were on the shortlist. Part of the prize includes being shortlisted and receiving support for eight months. Support in terms of improving expertise. I could pick and choose what I needed for my company, which was very helpful in terms of developing and improving my innovation.

What exactly is Kubeko, and how does it work?

Kubeko is a basic piece of equipment that farmers use to process their waste. By waste, I mean organic waste from post-harvest activities such as cassava and banana processing, where there is always a leftover. As a result, Kubeko farmers use the leftover to make fertilizers, increasing their income.

What influenced the innovation of Kubeko? What agricultural gap were you attempting to fill?

Fundamentally, it is poverty. Farmers cannot be perpetually impoverished. It leads to a slew of issues, particularly with the young population migrating to cities and the negative image that farming has.

There is also the issue of insufficient productivity and the negative effects of these wastes that are simply left to rot in the environment, causing other problems. The organic food market has an opportunity. Consumers are becoming more aware of the effects of chemicals on their food, health, and the environment. They are demanding that the practices change, and in many cases, we must pay more for it, so how do you help farmers benefit from this new trend or help them make their fertilizers and become more sustainable?

What challenges did you face while developing this innovation? What are the challenges now that it is being used commercially?

The first challenge is the high cost of hardware innovation, which requires going back to the drawing board, creating a prototype, testing it, seeing what is wrong, improving, and going back to the drawing board to create another prototype. This is very expensive and necessitates a certain level of expertise to avoid unnecessary iterations. We were fortunate enough to win innovation prizes along the way, which gave us the boost we needed to take the next step.

Another issue is a lack of infrastructure. You need specific labs. For example, biofertilizers have different compositions, if you don’t know what that composition is, you may draw incorrect conclusions. Infrastructural support, which is free in some countries for research and development because it is subsidized by the government, must be paid for in our case. That is an additional cost and complexity.

The farmers themselves have low incomes, which is a problem we are attempting to solve. As a result, they are unable to pay for the equipment, no matter how cheap it is, so we must have the right business models in place to reach them more sustainably.

Since being named a finalist for the Africa Prize, the Kubeko team has reduced its production costs from US$800 to US$700. What factors influenced this? And how many units have you sold?

We sold approximately 50 units. The main point is that the farmer employs the unit to earn more money and increase yield. The main question we must answer for our value proposition to be fair is how many years it takes for its value to match the cost of the Kubeko.

If that can be less than two years, we know the farmers are winning, and the equipment lifespan is 5-10 years, so they will have plenty of time to enjoy the harvest. This is why we lowered the cost of production and, as a result, the selling price of the Kubeko.

We want to bring it as low as possible so that we can sell as cheaply as possible with the best value proposition and market potential. But that is not as simple as it sounds, so we will take small steps from here to be able to sell it for a few hundred dollars.

How did you get funding before and after the APEI win? Do you have investors?

We had one angel investor who was very helpful not only with money but also with advice. Running a business is all about experience, especially in the business environment that we have in some West African countries. We also won a slew of innovation prizes, all of which benefited the company and, more specifically, the project’s development.

We also get a lot of our spare investment income from other activities because we have a lot of data after four years of doing all of this work. We have a laboratory dedicated to composting and biogas designs, which means we also get requests from companies that want our expertise. This has increased our cash flow and allowed us to fund product development.

What are the advantages of using Kubeko?

There are external benefits, such as the fact that the living environment is cleaner because waste that would otherwise rot is now treated without any environmental impact. There is the fact that compost sequesters carbon in the soil, so as a farmer, you are reducing the carbon footprint of your production, and if you supply any multinational, that multinational is also reducing carbon footprints.

In addition, you save money because you spend less money on fertilizer, consequently reducing total fertilizer import into the country. Job opportunities exist because these Kubekos must be built, maintained, and trained. There are also skilled job opportunities because winning an engineering award for a product implies that some skills were involved.

It comes from Patrick Kouassi, the angel investor. As we went to consult with his company, we explained that we want farmers to make money from biowaste, so we’re trying to develop some kind of service or app where they can bring waste and get a credit that they can use to get fertilizers in exchange.

So we worked on that application for a while, and eventually decided to just start a company that would develop such solutions for farmers as well as general financial or exchange services that were lacking, and thus Smart-T was born. So I had this tool startup that I was a part of because our co-founder was also involved, but I recently had to step down from Smart-T due to time constraints.

How many people are in your workforce?

Right now, we have 11 employees. Five of them are engineers.

What is your market reach? Is it just Cote d’Ivoire?

For the time being, it is only Cote d’Ivoire. We have received a lot of interest from a lot of countries, but we have decided not to overburden ourselves. We recently received some large-scale interest from Ghana, so if that is conclusive, we will be able to stop it there.

What are your plans for the future?

Make a lot of money and relax on the beach (laughs).

We want the product to reach its full potential, so it is about lowering the cost and being able to sell it. As well as making it a standard product that the farmer is aware of and considers buying. This is for the product and brand to be associated with farmers and productivity. So, if we can sell thirty to forty-fifty units per month, we can say the product is on its way to fulfilling its potential.

We can reach a good breaking point for the products in one year, selling ten to eleven per month. And then we are trying to raise funding now; if we can raise that funding, we will be able to reach that in twelve months, and in the year after that, we will be able to push the scaling to its full potential.

Finally, as I mentioned earlier, we may need to establish a separate company for Kubeko, as we have larger companies consulting us for our expertise. As Kubeko grows, it will be an independent company with its own team. That is a short-term plan; we want to do it this year so that we can have a team dedicated to Kubeko.

Africa is a great continent with a plethora of budding innovators, any advice for them?

Second, I would strongly advise having a mentor who has done what you are attempting to do, not just someone you like. You have to follow someone that knows the path, so that you do not lose steam along the way, but also so that you have a better chance of success.

The final point is possibly in investments, shares, and values, among other things. They are hesitant to invest capital in the francophone sector. I am not saying you should be reckless with your capital, but keep in mind that the goal is to create value, so anything that increases your value creation should be considered valuable.