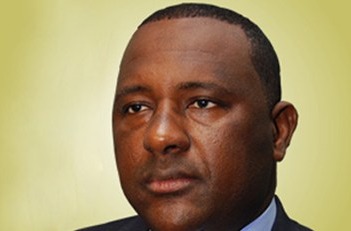 The Chairman/CEO, BUA Group of Companies Alhaji Aldulsamad Rabiu is carrying on the legacy of his illustrious father, Isyaku Rabiu, a businessman of no mean repute.

Abdulsamad Rabiu was born into affluence. His father, Isyaku Rabiu, was one of the richest and most influential businessmen in northern Nigeria in the 1970s and 80s.

Abdulsamad’s father, born in 1928, started out trading in commodities and beverages before venturing into commercial real estate by snapping up dilapidated properties, renovating them, and flipping for profit. With a penchant for serial entrepreneurship, Isyaku later ventured into textiles too and eventually set up his own textile factory.

But he did not stop there. He acquired a franchise to sell sewing machines all over northern Nigeria to tailors and exploited other emerging opportunities in the nation’s fledgling oil industry and construction sector.

The end of the 70s established Isyaku’s reputation as a formidable business tycoon. In 1984, the Head of State at the time, General Muhammadu Buhari, who had taken over the government in a military coup, arrested Isyaku and jailed him along with other commodity traders on charges of rice hoarding.

It was a trying period for the Rabius. Alhaji Isyaku Rabiu was the head of a very large family of four wives and many children. Among his children were his first son, Nafiu Rabiu, a prominent businessman; Abdulsamad Rabiu, the Chairman/CEO, BUA Group; and Rabiu Rabiu an equally successful businessman with extensive interests in aviation. But it was Abdulsamad Rabiu, perhaps the most famous of the Rabiu clan, who took over the family business at the age of 24, following the incarceration of his father.

Abdulsamad Rabiu managed the family business throughout the period of his father’s detention. His father had adequately mentored and prepared him for the challenges of managing such a multifaceted business. When he had successfully navigated his father’s business through stormy waters, he established a small trading and manufacturing company called it BUA International Limited. The company was based in Lagos.

Some of the key subsidiaries of the BUA Group include BUA Flour Mills Limited, which was incorporated in 2005 and controls two plants in Lagos (Tin Can Port Industrial Estate) and Kano (Bompai Industrial Estate); each with a capacity to produce 500 metric tonnes of wheat per day; Nigeria Oil Mills Limited (NOM), engaged in the manufacturing and marketing of edible oil; and BUA Oil Nigeria Limited, which is also into large-scale production of edible oil.

The BUA Group has diversified into real estate, taking advantage of prevalent housing shortages through its subsidiary, BUA Estates Development Limited, and has developed residential and commercial properties in the Federal Capital Territory (FCT), Abuja, and other parts of Nigeria where there is a high demand.

The Company is also into port activities, a huge goldmine considering that Nigeria currently grapples with overcrowded ports. BUA Ports and Terminals Limited is the concessionaire for the Port Harcourt Terminal `B’ of the Nigeria Ports Authority. As terminal operators, BUA Ports and Terminals have the mandate to manage the four berths in the terminal. The BUA Group is also into maritime operations through Damas Shipping Company Limited, while BUA Oil and Gas (International) Limited, handles the oil and gas business of the Group, which is spreading into vital areas of the economy like an octopus.

BUA has emerged as a strong player in the local cement industry, which is currently witnessing an unprecedented boom due to an explosion in construction activities in the country. In 2008, the Group was granted approval to import bagged cement, and it commenced local production of cement on a vessel, tagged MV BUA Cement-I in Lagos. The vessel, BUA Cement, owns and operates Nigeria’s first floating cement terminal.

One of the Group’s most recent acquisitions is the Cement Company of Northern Nigeria, (CCNN), where it invested $50 million as part of the expansion and upgrade of the company to boost its production output.

BUA had earlier acquired a majority stake in Sokoto and Okpella cement companies in a deal worth $100 million. There are currently plans to upgrade and modernise the production capacity of the Okpella Cement Plant by installing a two-million-tonne capacity line there before the end of next year. This will raise its total production capacity from the current 400,000 tonnes to 2.4 million tonnes per annum, and place it in good stead to compete favourably with the more established players in the industry like the Dangote Group.

Abdulsamad’s achievements in the industry have not gone unrecognized, even by the government. In 2010 he was appointed as chairman of Nigeria’s Bank of Industry (BOI), a bank that provides finance to local and foreign entrepreneurs looking to establish new industries in the country.