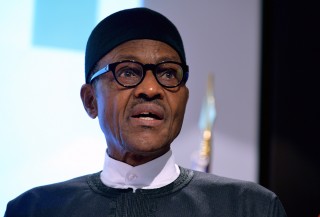 On Wednesday the 11th of November, President Buhari announced his ministerial cabinet. It has now been about five months since he was sworn in as President, so there was a collective sigh of relief from different stakeholders in the Nigerian economy concerning the appointments of these ministers.

Former Governor of Ekiti state, Kayode Fayemi, was appointed as Nigeria’s Minister for Solid Minerals. It would seem like a square peg in a round hole to some, but on closer observation, it appears they might just fit. For someone with a background in war strategies and governance, a technocrat would have been a better fit for this job some say. However, with Nigeria’s dependence on petroleum for so long and with President Buhari’s plan to diversify the economy from oil to other sectors in 2016, the country needs some strategic planning in these other sectors. It is believed this is why Kayode Fayemi was drafted in to head Nigeria’s mining industry as the country is rich in minerals such as tin, gypsum, coal, lead, and other solid minerals.

Despite its riches, this sector contributes less than 1% of Nigeria’s GDP. It is hoped that Dr. Fayemi’s nous for tactical planning would build the groundwork for the re-birth of Nigeria’s mining sector and the first port of call should be the Ajaokuta Steel Works that has failed to live up to its billing.

Perhaps the most important of all the ministerial appointments, (he was even referred to as the second vice-president yesterday on social media) Babatunde Fashola was named Minister of Power, Works and Housing. This ministry’s tasks are nothing less than daunting considering Nigeria’s current state, however if there is someone who can handle this properly without so much as blinking an eye, it would be the former Governor of Lagos state. Fashola has overseen some world-class developments in Nigeria’s commercial capital, Lagos state, in his 8 years in office including the commissioning five independent power projects in the state. These projects supplied power to government offices and government-related projects in Lagos state. He has always reiterated the fact that Nigeria could generate better power than it is doing now. He also set in motion the process of making Lagos state into a mega-city. Most Lagosians would agree that he is the right fit for the job.

The former Ogun state Commissioner of Finance is new to the public sector. Mrs Adeosun is an investment banker and she had, before being made Commissioner of Finance in Ogun state, cut her teeth in different privately owned companies here in Nigeria and the U.K. This is her first time of working in a federal capacity and already, people are comparing her to her predecessor Ngozi Okonjo-Iweala. However, her reputation in Ogun state for the past four years precedes her and going by that, she is expected to do well. She is immediately faced with the task of arresting the declining GDP of the country.

Prof. Isaac Adewole, former Vice Chancellor of the University of Ibadan, has over 37 years of experience in the Nigerian health sector. A foremost cancer researcher in Africa, Prof. Adewole is also a widely traveled man. He has been credited to have attended over 100 scientific workshops and conferences worldwide. He is expected to bring his wealth of experience into Nigeria’s failing health sector.