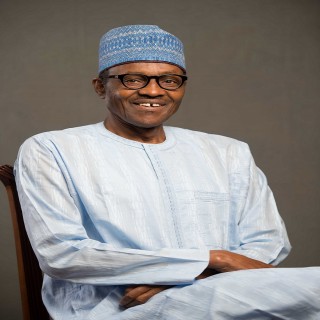 Nigeria’s President Muhammadu Buhari promised Nigerians that he would have appointed members of his cabinet by September 30. It is two days after the deadline and President Buhari has only submitted 20 names out of at least 36 to the Senate for ratification. The list Buhari submitted has surprised many, as some candidates who failed to pass the corruption test, still somehow ended up on the list. Interestingly, there are about four ex-governors on the list. Here is a closer look at a few of the nominees:

A medical doctor by profession, Dr. Chris Nwabueze Ngige (aged 63) was Governor of Anambra state in Nigeria from 2003 to 2006 under the Peoples’ Democratic Party (PDP). He has since crossed over to the All Progressive Comgress and was elected Senator for Anambra Central Constituency in April 2011. Before his stint in governance, Dr. Ngige served at the National Assembly and State House Clinics. He retired in 1998 as deputy director in the Federal Ministry of Health.

Although Dr. Ngige was elected Governor of Anambra State under controversial circumstances, he has not been involved in any corruption scandals since he became a public servant. On an unrelated note, Ngige was severely criticized for appearing naked at the dreaded Okija voodoo shrine during his campaign to be made governor. His 33 months in office were characterised by populist programmes, especially road construction, leaving him in good standing with the electorate.

Dr. Kayode Fayemi (aged 50) is the former Governor of Ekiti State, Nigeria. He is well-read and has acquired degrees in history, politics and international relations from universities both home and abroad. He specialises in issues relating to democracy and development, as well as peace building and human security. He is a scholar and has written extensively on governance and democratisation, civil-military relations and security sector issues in Africa.

Based on Dr. Fayemi’s good performance in office while he was Governor, his party members took his re-election bid for granted, assuming it was a guaranteed win. However, Dr. Fayemi lost at the polls to previous Governor Ayo Fayose. He is described as a calm man who had the interest of the state at heart during his tenure.

When the nominees on the ministerial list were screened by the Department for State Security, Dr. Fayemi reportedly failed the anti-corruption test as there were a series of petitions against him over accusations bordering on money laundering.

Mr Rotimi Amaechi (aged 50) served as the Governor of Rivers State, Nigeria for 8 years (2007-2015). Similarly to Dr. Ngige, he was a former member of the People’s Democratic Party (PDP) before defecting to the All Progressive Congress in 2013. He holds a degree in English Studies and Literature from the University of Port-Harcourt and was Speaker of the Rivers State House of Assembly for 8 years (1999-2007).

Dr. Rotimi Amaechi has been strongly accused of corruption in the past and he has not been cleared of the charges yet. When the nominees on the ministerial list were screened by the Department for State Security, he also reportedly failed the anti-corruption test as there were a series of petitions against him over accusations bordering on money laundering, fraud and misuse.

Babatunde Raji Fashola (aged 52) is a Senior Advocate of Nigeria. He was the former Governor of Lagos State where he served for 8 years. During his tenure, Fashola tried to transform Lagos into a mega city, a project which was deemed by many to be too ambitious and impracticable. Fashola’s work in Lagos state was of such much impact that he remains Lagos State’s favourite governor till date. However, when the nominees on the ministerial list were screened by the Department for State Security, he also reportedly failed the anti-corruption test. The present Governor of Lagos State, Akinwunmi Ambode, has also accused Mr Fashola of misappropriating of public funds.

Ms. Amina J. Mohammed (aged 54) is the Special Adviser to the Secretary-General of the United Nations, Mr Ban Ki-moon on Post-2015 Development Planning. She has served as Senior Adviser to the President of Nigeria on Millennium Development Goals for six years. She has worked both in the public and private sector in the field of development.

In 2005, she was charged with the coordination of the debt relief funds ($1 billion per annum) towards the achievement of Millennium Development Goals in Nigeria. From 2002-2005, Ms. Mohammed served as coordinator of the Task Force on Gender and Education for the United Nations Millennium Project. Ms. Mohammed has also served on many international advisory boards and panels such as the Gates Foundation and the UN Secretary General’s Global Sustainability Panel.

President Buhari promised Nigerians a corruption-free cabinet. However, his appointments so far have shown little regard to the results of the very long DSS investigation and screening of ministerial nominees, which was to determine their credibility. This and many other events, including the lack of urgency in searching for the missing girls who were kidnapped by the terrorist sect Boko Haram, has caused Nigerians to wonder if the President is reneging on the promises he made to Nigerians after his election.