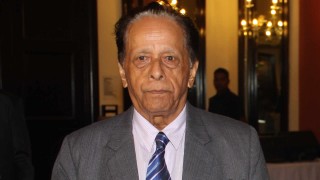 Mauritius, a nation of 1.3 million, might be a subject to change this year as its 86-year-old Prime Minister plans to step down for the purpose of bringing in youthful exuberance into the country’s politics and he plans to do that by picking his son as his successor.

Although people in the parliament are opposed to this development and have called for a referendum, it is not nearly certain that their anger will cause a change as the norm of power transfer within a family line is not new.

“Everywhere on the island, it can be seen that the population is against the ‘father and son deal’ which has not gone through an election… We challenge Pravind Jugnauth to organise a referendum on this deal. Otherwise, we need to call a general election,” said Paul Berenger, a former prime minister and member of the opposition, Mauritian Militant Movement, who also said that opponents would demonstrate against the appointment.

Anerood Jugnauth, who has headed Mauritius in its time of steady economic growth (a growth which relied heavily on tourism and financial services), might stop being minister but will not stop being involved in the country’s politics–he expressed his will in a televised speech to continue in a governmental role, which he did not categorically state.

Jugnauth’s hopes to select his son, who is the current finance minister, might go smoothly as the constitution of the country generally allows for the prime ministers to be appointed without a new election if they have majority support in parliament and Jugnauth has more than enough support. The party which he belongs to, the Militant Socialist Movement, has a majority even after one party left the coalition in December.