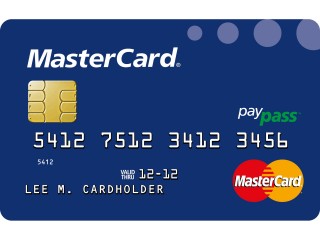 Mastercard is collaborating with Coin to enable payments on their clothing items including jewelry. According to The Verge, Coin is teaming up with MasterCard to help other companies integrate mobile payments into their fitness devices, smart watches, jewelry, or clothing — basically anything and everything that can fit an NFC chip inside it.

Near-Field Communication (NFC) evolved from radio-frequency identification (RFID) technology and allows phones, tablets and laptops share data with other NFC-equipped devices. According to Digital Trends, an NFC chip is limited to communication within four inches. Most people consider NFC’s small radius a major security benefit and this is one of the reasons that NFC is taking off as a secure alternative to credit cards. The technology can be used for more than making purchases, it can also transfer data like videos, contact information and photos between two NFC enabled devices.

As at 2012, Statista indicated that Mastercard had 721.4 million credit cards in global circulation.

Also, in 2014, Mastercard recorded about $112.91 billion in market shares, which gave it 26 percent control of global purchase transactions.

Last October, Mastercard announced the introduction of a program which will give customers a wide array of payment options. The program is an extension of the MasterCard Digital Enablement Service (MDES) and the Digital Enablement Express (Express) program, bringing to fruition the vision that every device will become a commerce device. Through MDES and Express, any accessory, wearable or device can be payment-enabled and quickly scaled to millions of MasterCard accounts. Although the service will launch in the United States of America this year, there are plans to expand to other markets.

“This program eliminates the boundaries of how we pay by delivering a secure digital payment experience to virtually anything – rings, fitness and smart bands, car key fobs, apparel, and whatever comes along next,” said the Chief Emerging Payments Officer at Mastercard, Ed McLaughlin.