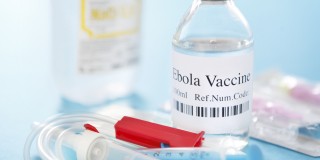 Tianjin CanSino Biotechnology Inc, a private Chinese firm has announced plans to mass produce an Ebola vaccine developed by Chinese military scientists. Set to be completed by September 2018, the company is currently constructing a 2 billion yuan – about $317 million – facility in Tianjin, China, where the vaccine will be produced.

Tianjin CanSino already produces vaccines against other infectious diseases like tuberculosis pneumonia, and meningitis, with an annual production of about 200 million vaccines. The vaccine was developed by a team of biotech experts at the Chinese Academy of Military Medical Sciences.

The vaccine is based on the 2014 mutant gene type and is in the form of a freeze-dried powder. It can remain stable for two weeks in temperatures of up to 37 degrees Celsius, making it suitable for the tropical climate in West African, where the Ebola outbreak has killed over 11,000 people since last year.

According to IBTimes, Sierra Leone’s Ministry of Health has said the vaccine, which was approved for clinical trials in December last year, has been proven clinically safe.

Tianjin CanSino is not alone in their quest to rid the world of Ebola, a number of companies worldwide are also trying to develop either a drug or vaccine to fight the deadly virus. Companies like Mapp Biopharmaceutical in the US, makers of ZMapp, and NewLink Genetics Corp, a biopharmaceutical company that was recently awarded $18 million to support the scale-up of the manufacturing process relating to its investigational Ebola vaccine candidate – rVSV-ZEBOV GP.  rVSV-ZEBOV GP proved 100 percent effective in a clinical study in Guinea earlier in July. Johnson & Johnson also recently started a clinical trial of an Ebola vaccine in Sierra Leone, the announcement was made four days ago.

Though there is yet to be a licensed vaccine, treatment, or cure for the Ebola virus, the number of new Ebola cases has seen a steady decrease this year. At the beginning of the month, the world observed for the first time, a week without new Ebola cases.

According to reports from WHO, as of October 2015, over 28,400 people have been most infected with the virus across three West African countries, with about 11,300 deaths; including 500 health care workers. Liberia has the highest number of deaths – 4808 – and Sierra Leone records the highest number of Ebola cases – 13982.