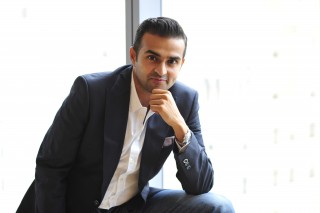 Ugandan entrepreneur, Ashish Thakkar of Mara Corporation has announced that his organization will be launching smartphones made in Africa in 2019. Unlike the norm of simply having phones assembled in Africa, Maraphones, as they are called, will be manufactured here by Africans in plants set up across the continent. The announcement and unveiling of the Maraphone prototype were made during the closing plenary session at the recently concluded Africa Investment Forum in Johannesburg.

“China has Huawei, Xiaomi; the U.S has iPhone and finally Africa has Maraphone. This project will show the potential and ability that Africa can produce high quality and affordable smartphones in Africa, by Africans, for Africans and for the rest of the world,” Thakkar said. “We have a few that are assembled in Africa but nothing is truly being manufactured in Africa. Thanks to the African Development Bank, that changes today.”

The Maraphones, Mara X and Mara Z, first-of-a-kind on the continent, will be high quality, affordable and super efficient smartphones custom-made for the African populace, and also with the aim to export to other continents such as Europe. Manufacturing plants for the phones will be located in South Africa and Rwanda, with an R1.5bn (US$104mn) investment into the project in South Africa in a space of five years.

According to The Mobile Economy: Sub-Saharan Africa 2017 report by GSMA, Africa, particularly Sub-Saharan Africa(SSA) is one of the fastest growing mobile markets in the world with an estimated one billion unique mobile subscribers by 2020. As of the first quarter of 2017, approximately 270 million people in SSA were accessing the internet through mobile devices, and the number of registered mobile money accounts reached 280 million. These figures present a huge opportunity in mobile technology on the African continent, and Mara Corporation is set to be part of it.

“This is going to be totally transformative and create thousands of jobs directly and eventually hundreds of thousands of jobs indirectly across the continent. We all know the importance of high quality and affordable smartphones and the impact this can have on the continent. Quality smartphones mean we can truly enable financial inclusion, micro-lending and micro-insurance. This can translate into better education, digital healthcare, agricultural efficiency and improve commerce,” Thakkar said.

Thakkar commended the AfDB for its support of the project and industrialization of the continent, adding that his organization will be working with the institution to roll out and scale out Maraphones in 2019. According to Akinwunmi Adesina, President of the AfDB, who was also at the event, the value of Africa’s mobile money industry is projected to top $14 billion by 2020. Hence the need for African-developed mobile phones to leverage this potential. “Africa is bold, strong and innovative. Africa’s time is now,” Adesina said.

The Mara X will be launched in partnership with Google as part of Google’s Android One program, a software experience designed by Google to be smart and secure. The Mara X will feature Google’s latest innovations, running on its latest operating system, Android 8.0 Oreo, and optimized for the Google Assistant. The phone will also have unlimited high-quality photo storage from Google Photos and a carefully curated set of pre-installed apps, with built-in Google Play Protect and regular security updates making it one of the most secure devices available.