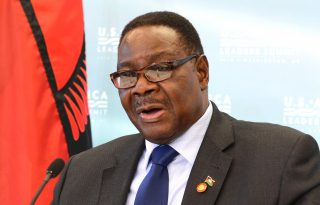 Malawi’s president Peter Mutharika has launched a 60-megawatt solar plant to be constructed by JCM Matswana Solar Energy at Kanzimbe in Salima, Malawi on Monday.

One of the biggest challenges facing the Malawian government is its inability to meet the energy needs in the country. Hence, Mutharika is looking for means to improve power conditions in the country.  Malawi has one of the world’s lowest electricity consumption, the energy sector in Malawi is not contributing much to the development of the economy because it is unreliable and insufficient and not able to meet with the country’s energy demand.

“I am concerned with the problems in the energy sector because it is affecting everything. This is why my government is working hard to ensure that more investments in the sector are done” said Mutharika during the launching.

The 60-megawatt construction solar plant is to be sold to ESCOM (Electricity Supply Corporation of Malawi), the state-owned power producing company in Malawi after they have concluded a power purchase agreement. The president is trying to create public-private sector participation in power generation in order to eradicate the power blackout problems. JCM Matswana Solar Energy is the first private company to sell solar energy to ESCOM.

“The problem with the energy sector is due to ignorance that the previous governments had towards the sector in the last 50 years, but our government has lined up a number of investments some of which will involve the private sector while others will be Public-Private Partnership,” said Mutharika.

The African country is endowed with a number of renewable energy resources yet the utilization of these resources is still a problem. The president also mentioned that the Kammwamba coal-powered plant and wind energy would be included among the power projects that aim to give short, medium and long-term solutions to the poor electricity condition in Malawi. He appealed to the people to be patient with the government as they try to fix the electricity issues because these projects take a while.

Malawi’s Minister of Energy, Mines and Natural Resources, Aggrey Masi mentioned that the overdependence on Shire River as a source of hydroelectricity and unavailability of plans by previous governments to develop the energy sector have contributed heavily to the current situation of electricity in the country.

“The current administration has worked hard to ensure that these problems are history and that the major undertaking towards boosting the sector was the review of the energy policy where among others we have opened for energy mix and allowed the private sector to invest in energy,” said Masi.

Partnering with the private sector in improving the electricity in Malawi would allow players in the sector to participate. This is also a big step for Malawi to put an end to the blackouts and to also help develop their country as electricity has posed a major challenge to their development. There is also a clamor for more investments in the energy sector by the government to properly address power issues.