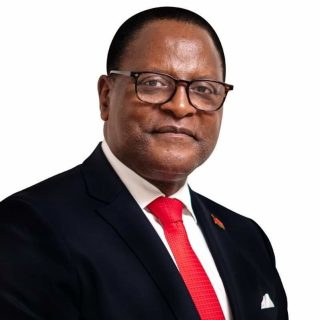 Malawi makes bold moves with its embassy in Jerusalem.

A report shows that the Israeli foreign ministry equally confirmed the opening of the embassy by the summer of 2021. Commenting on the announcement, Gabi Ashkenazi, Israeli Foreign Minister said: “I look forward to your embassy opening soon, and I’m sure that more African leaders will follow this decision.”

Malawi and Israel established diplomatic relations in July 1964 and have continued to be allies ever since. In 1973, following a global oil crisis and an Egypt-backed OAU resolution, most countries in the sub-Saharan region were compelled to severe diplomatic ties with Israel. Except for Malawi, Lesotho and Swaziland still maintained full diplomatic ties as the countries were lured by promises of cheap oil and financial aid.

As of 2017, Malawi earned $575,820 from its exports of mostly cash crops to Israel, while it spent $270,000 on the importation of goods like electrical appliances, machines, oil, grains and furniture from Israel in 2018. It is hoped that this latest move will strengthen the bond between the two nations and open up more doors to the country’s allies.

When Israel declared Jerusalem its capital in 1950, the United States and many other countries kept their embassies in Tel Aviv to avoid stepping in the middle of a conflict over the city’s rightful ruler.

However, President Donald Trump of the United States of America enraged the Palestinians and angered many world leaders by recognising Jerusalem as the capital of Israel in late 2017. He later moved the U.S. embassy to Jerusalem in 2018. Since then, a couple of countries have also moved or are considering moving their embassies to Jerusalem.

The dispute over who controls Jerusalem goes beyond real estate. According to a report, it has to do with passionately held ancient beliefs. This is because the city is central to the identity of three of the world’s great religions- Judaism, Christianity and Islam.

For the Jews, Jerusalem houses its holiest cultural site where devouts daily come to pray at the Wailing Wall also known as the Western Wall. The Wailing Wall is all that remains of the Temple destroyed by the Romans 70 years after the crucifixion of Jesus Christ. The word “wailing” was coined as a result of the people who cried (wailed) at the foot of the wall everyday. History records that the Old City of Jerusalem was completely destroyed and rebuilt nine different times but the Wall is the one thing that remained through it all. It is also believed by many that the wall itself cries, but scientists have not been able to explain the phenomenal tear-like water drops that have been seen on it. The last time this reportedly happened was in 1940.

The same location where the Temple once stood stands the Dome of the Rock, a mosque from where Muslim’s believe Mohammed ascended to heaven. It’s one of Islam’s most sacred places in the world.

However, apart from the religious implications, the city and its suburbs are a checkerboard of Jewish and Arab neighbourhoods. While Isreal is bent on keeping sovereignty over an undivided Jerusalem, it offers its Palestinian counterparts limited authority in its Arab neighbourhoods and unhindered access to their holy sites. It is believed that they want full control of East Jerusalem while using it as the capital of a new Palestinian state. These have been some of the bones of contention.