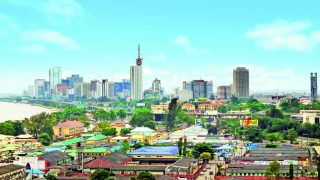 Maiden edition of Lagos Sustainability Week to hold in September

Nigeria’s commercial capital, Lagos, is set to hold the maiden edition of the Lagos Sustainability Week from September 2-7, 2019.

Organized by a small team of independent, emerging sustainability leaders with the objective to garner movement in businesses, community, and government, the Sustainability Week is endorsed by the Lagos State Ministry of Environment and supported by the United Nations Information Center (UNIC) in Lagos.

The Week is designed to engage as many different groups as possible and will feature events such as local outreaches, tours, conference, and tweet meet as well as the first Sustainability Hackathon in Nigeria.

According to the team leader for the inaugural edition, Michael Enejison, the organizers are aware of existing sustainability week events in Lagos which are organized by several private institutions such as Dangote Group and Ecobank. However, a city-wide event would bring more people together and involve a more diversified pool of stakeholders.

“We wanted to show that sustainability, the environment, and climate change concerns all of us and that there is something we can all do irrespective of our individual background and status,” Enejison added.

Why sustainability is crucial

In the last decade, the voices of environmentalists, scientists, activists, and policymakers have gotten louder, awakening every person to the dangers that lie ahead of humans if there is no change in the way we produce and consume the earth’s resources. Their most basic message is; our consumption and production models and culture is not sustainable.

More so, since the UN launched the Sustainable Development Goals (SDGs) in 2015, outlining 17 goals that address social, economic and environmental points, Sustainability weeks have become a model of a campaign that stakeholders deploy to generate awareness and actions towards sustainability transitioning.

These sustainability concerns also affect Lagos, as it is one of the coastal cities threatened by climate change especially if sea level rises beyond regular. Also, the metropolitan city is overwhelmed with its population. These and more points led to Lagos being listed in the 100 resilient cities intervention by the Rockefeller Foundation. Thus, Lagos Sustainability Week is another initiative to put Lagos and Nigeria in the world map of sustainability transitioning.

The enthusiasm by stakeholders has been ‘impressive’ but they wished for more support from players, the organizing team said in a statement. Even so, the team is excited about the future of the initiative not just as a Lagos restricted event but as a regional and global event that finds its hosting in Lagos. For more information click here.