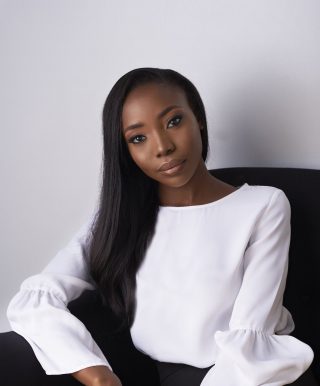 Over time, it has been discovered that the success of most brands is tied to their online presence and publicity. LSF|PR is one of the leading firms in the business of generating positive publicity and enhancing reputation through social media. Not only does LSF|PR  tell stories through content, but the company is also known to make a lasting impression with its communication strategies and thoughtful planning. Just recently, the SABRE Awards Africa and EMEA have recognised its impact as they were announced recipients of four SABRE Awards.

LSF|PR led in the African Category for its innovation and outstanding work for the Darling “Find your Beautiful” campaign for Godrej Nigeria. Thus, emerging the winner in the diamond category for the Superior Achievement in brand building and a finalist in the Platinum category for best show, a category which recognises the best African campaign of the year, alongside other global agencies such as Atmosphere and the King James Group, Ogilvy, Burson Cohn & Wolfe and WE communications. In the Gold Category, LSF|PR earned a certificate of Excellence for Media, Arts and Entertainment.

“We are extremely honoured to be receiving such awards. Last year, we were a recipient of a certificate of excellence by the SABRE Awards for our “Through your life campaign” for Philips, we also won the ‘Campaign & Idea of the year,’ award at the African Excellence Awards 2018 for our outstanding work on the ‘Find your beautiful’ campaign for Darling. These awards are a validation of our consistency, diligence and commitment to excellence,” said Bidemi Zakariyau, Founder and CEO of LSF|PR while speaking on the awards. Zakariyau also emphasized that “ At LSF|PR, we work tirelessly to deliver excellence for our clients. It is so incredible to see our Darling Campaign competing side by side with stellar campaign across the globe.” Immense appreciation was also made to her colleagues by the CEO, “These awards are also dedicated to my colleague at LSF|PR whose dedication, diligence and commitment to excellence has brought us this far.”

The awards she assured, would help to spur LSF|PR even further in its consistent quest for excellence. LSF|PR is a full-service public relations firm with core competencies in corporate communications, consumer and lifestyle brands. The agency intends to continue championing the growth and success of numerous local and world leading brands in the corporate, consumer, technology, oil and gas and lifestyle sector.