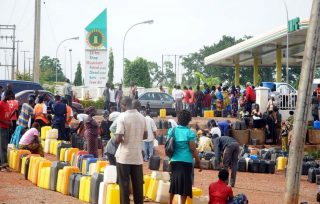 International lenders such as the World Bank and the International Monetary Fund have issued warnings of a potential global recession. This situation would be particularly dire for emerging economies, particularly those in Sub-Saharan Africa. A depreciating currency and the ongoing conflict between Russia and Ukraine are causing instability in the global market, leading to food insecurity and slowing developed economies.

Last September, the World Bank, in a press release, noted how central banks around the world have been raising interest rates with a degree of synchronicity not seen over the past five decades—a trend that is likely to continue well into 2023. Yet “the currently expected trajectory of interest-rate increases and other policy actions may not be sufficient to bring global inflation back down to levels seen before the pandemic. Investors expect central banks to raise global monetary-policy rates to almost 4 per cent through 2023—an increase of more than 2 percentage points over their 2021 average,” the World Bank said.

As policymakers introduce monetary policies to mitigate high inflation rates, the bank has warned in its newly published bi-annual Global Economic Prospects report of further global economic decline. “Global growth is projected to decelerate sharply this year, to its third weakest pace in nearly three decades, overshadowed only by the 2009 and 2020 global recessions,” the World Bank wrote. According to the international lender, this reflects synchronous policy tightening aimed toward containing very high inflation, worsening financial conditions, and continued disruptions from the Russian-Ukraine war. “Investment growth in emerging market and developing economies (EMDEs) is expected to remain below its average rate of the past two decades,” it added.

“Given limited policy space, it is critical that national policymakers ensure that any fiscal support is focused on vulnerable groups, that inflation expectations remain well anchored, and that financial systems continue to be resilient. Policies are also needed to support a major increase in EMDE investment, including new financing from the international community and from the repurposing of existing spending, such as inefficient agricultural and fuel subsidies,” the World Bank wrote. In other words, governments are advised to use fuel subsidy money to support vulnerable households.

Many African economies are already experiencing high inflation rates – caused by currency depreciation and rising multilateral debts amid other global economic crises. Statista reported that the total external public debt on the continent grew to $726.55 billion in 2021, from $696.69 billion the previous year.

Last December, Fitch Ratings apprised that the aggregate external debt service burden for Fitch-rated sovereigns (sovereign bonds or sovereign debts) in Sub-Saharan Africa (SSA) – excluding South Africa – will continue to rise over 2023-2025. This means that interest on bonds that governments are expected to pay investors in the said period would have grown beyond the initial projections. “World Bank data show aggregate SSAx sovereign debt service payments in 2025 rising by around 7% to $26.8 billion, with relatively large bond maturities falling due in Angola (B-/Positive), Cote D’Ivoire, Gabon, Ghana, Kenya, Namibia and Nigeria,” Fitch Ratings wrote.

As sovereign debts increase across economies in SSAx, governments would be forced to introduce debt restructuring on bonds. Recently, we saw this happen in Ghana where the government asked its local bondholders to accept losses on interest payments. The move was decided through a debt swap, aiming to restructure its debt to qualify for an IMF loan.

The implication of subsidy removal on Africa’s economy

Fuel subsidy is a global problem. Globally, $423 billion goes into fossil fuels subsidies annually. Many countries rely on foreign loans to fund these fuel subsidies. Last year, the Russian-Ukraine war compelled top European economies like Germany and the United Kingdom to borrow hundreds of billions of euros to cap natural gas prices for households and businesses.

Many economies in Africa, like Nigeria, borrow to finance fuel subsidies. Kenya also funded its petroleum subsidies with borrowed funds until last September when the government scrapped them. The government initially announced this in June 2022. This shows that more African countries are getting tired of the unsustainable debts that come with such borrowing.

In November 2022, Zainab Ahmed, the country’s Minister of Finance, announced that the federal government would do away with petroleum subsidies by June 2023. Between January and August 2022, Nigeria injected N2.565 trillion in fuel subsidies. In its Medium-Term Expenditure Framework, the federal government proposed to spend another N3.3 trillion on fuel subsidies between January and June 2023, after which it plans to remove subsidies from June.

“The fuel subsidy, in addition to the budget deficit, is putting enormous pressure on the “fiscals,” the minister said. Noting that the country lacks the finance for fuel subsidies, she said Nigeria has “to borrow money to maintain the fuel subsidy.”

“Poverty is a widespread issue across Africa. Around 460 million people on the continent were living below the extreme poverty line of 1.90 U.S. dollars a day in 2022. Since the continent had approximately 1.4 billion inhabitants, roughly a third of Africa’s population was in extreme poverty that year,” Statista recorded. Fuel subsidy removal will significantly impact poor Africans in the short term and aggravate inflation, but in the long term would favour Africans and their economies.

According to Ibukun Omoyeni, Sub-Saharan Africa (SSA) Economist at Vetiva Capital Management Ltd, who recently spoke with Ventures Africa, the removal of subsidies in Nigeria could improve the country’s fiscal sustainability, but may also result in negative impacts on inflation in the short-term. Despite this, Omoyeni highlights that the medium and long-term gains of subsidy removal could offset any short-term difficulties.

“Over the medium term, it will open up the downstream sector to investment inflows, boost employment, and ensure an adequate supply of petroleum products. This could also improve our current account balance, accretion to reserves and reduce exchange rate pressures,” he said. “Over the long term, more funds will be freed up for investment in infrastructure and human capital (health and education), which will foster economic development.”

In a general statement regarding the African economy, Omoyeni posited that most societies in emerging economies do not support reform policies like subsidy removal because it would increase the cost of living (inflation) in the short term. He added that alternatively retaining subsidies, on the other hand, could lead to a bigger problem -such as a debt trap- for the government.