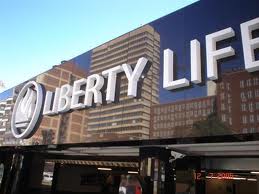 Liberty Holdings, the JSE-listed life insurer, is in the final stages of acquiring an asset management firm in Ghana, it emerged on Thursday.

Liberty is also scouring for acquisition opportunities in the fastest-growing economies of Ethiopia, Rwanda and Nigeria, according to Reuters.

“Ethiopia and Rwanda, we are interested in. In Ethiopia, there are hurdles to go over because foreign ownership is not allowed,” Thabo Dloti told Reuters.

In Nigeria, Liberty is also eager to buy an insurer and an asset management firm in the not-too-distant future.

The firm has been interested in entering the Nigerian market for many years, but discussions have always fallen by the wayside mainly because of price differences.

Insurance invasion in Nigeria, which is Africa’s largest economy, is about 2 percent when likened with about 20 percent in South Africa, Africa’s most advanced economy.

Liberty has representative offices in South Sudan and Tanzania. In South Sudan, all the business is with state bodies. Liberty is presently planning to raise R500 million ($45.4 million) to R800 million ($72.7 million) pan-African property fund by March next year, Reuters quoted Dloti as having said.

The fund will have a 25-year view and will inject money mainly in high-end property expansions in Lagos and Nairobi.