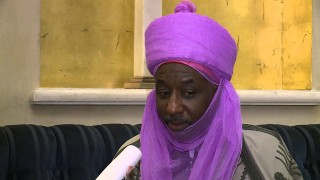 One cannot deny the severity of issues befuddling the northern part of Nigeria, among which poverty, poor education, and gender inequality take the front burner. Even though sentiments expressed on ethnic associations have been based on cultural practices propagated by what we call “single stories”, these issues coupled with poor socio-economic conditions in the region have made its people victims – victims of a system they are expected to conform to.

Either to save face or because of “our fathers before us did it” syndrome, some of the cultural practices have been hinged on religion without necessary knowledge, making it harder for people to be willing to accept change.

Some may see the words of the Emir of Kano, HRH Sanusi Lamido Sanusi as absurd, considering the fact that in 2015, the monarch got married to an 18-year-old princess, but that may be taking his message out of context.

What did the Emir say?

Over the weekend, the ex-Central Bank of Nigeria governor, while speaking at the 50th anniversary of the death of Ambassador Isa Wali, a former Nigerian High Commissioner to Ghana, expressed urgency for the need of laws that protect the rights of women and children.

The royal father mentioned that many people were not discharging their responsibilities and obligations as husbands and parents, adding that many people are not following the conditions stipulated by Islam on polygamy. Which in turn has caused and is causing problems for women and children.

He said that he had been able to establish a connection between polygamy, poverty, and terrorism, while also stressing the need for laws that prevent domestic violence.

Well, the connection with terrorism might be hard for many to identify with, but is it? The fate of the Chibok girls abducted by extremists in 2014 builds such a case. Young girls forced into marriages. Under indescribable duress, these same girls, victims, become arsenal in a battle they have no idea about nor interest in joining.

Sanusi’s planned law is one that is expected to be implemented in Kano State and ranges from consent to marriage, divorce, maintenance of children to inheritance. And it is expected that the law will address what Islam says on marriage, outlaw forced marriages, make domestic violence illegal, place conditions needed before one can marry a second wife and spell out the responsibilities of a father beyond fathering a child.

The monarch has hit the nail on the head on an issue that I suspect would influence other northern states.

Children flood the streets of many northern cities in unprecedented numbers. Some refer to those who roam the streets in search of sustenance as “almajiri”. Many of these children come from homes that cannot afford a proper meal a day.

Their mothers, who are young girls, silent from abuse and the lack of a voice to discuss any and all matters, are more concerned with their own survival than that of their children.

Their fathers call themselves “men”, yet converge in mini chop shops, too hot to be comfortable and too cramped to stretch, to discuss political issues over hot tea, fried eggs, noodles, and bread. And when all these individuals continue in their spin cycles that they refer to as life, they ascribe to their faith in God to provide for tomorrow.

If a man cannot take care of himself, how on earth, can he take care of another person, talk more of an offspring and then a second wife and more offspring. This is not a repopulating the earth mission!

Nigeria has the highest population on the African continent. With a population of over 180 million, she is ranked the world’s seventh most populated country. Of this magnitude, 49 percent are female; some 80.2 million girls and women. Comparatively, 38 percent of women in Nigeria lack formal education as against 25 percent for men and only 4 percent of women have higher education against the 7 percent of their male counterpart. Nigeria ranks 152 of 185 countries in the Gender Equality Index.

A complex mix of social, historical and economic factors have shadowed the issue of gender roles in the Nigerian context as cultural and religious interpretations have been used to undermine the development of the girl-child.

In our having of ascribing faith in the grand design of God and also blaming the government, the Emir’s proposal couldn’t have come at a better time. However, there is the question as to how the law will come into play.

How will the law achieve the things it plans to do? Balancing Sharia and the fact that it takes more than a law to stop practices that are considered culture. Execution is key.

As a side note, on the basis of education alone, an educated woman is more likely to have higher income, fewer children, healthier children, children who go to school, take part in decision-making and escape poverty as opposed to the likelihood of contracting HIV/AIDS, undergo FGM, die in pregnancy or childbirth and have children who die in infancy.