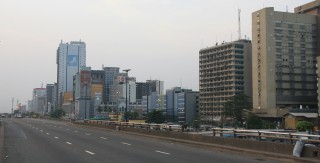 This week, Lagos officially added another element to its already glittering economic prospects when reports confirmed it is expected to join the league of oil-producing states in Nigeria. A joint venture led by Yinka Folawiyo Petroleum Company Limited has been exploring the Aje Field offshore Lagos, and have taken the final investment decision on the exploration of the field with drilling expected to commence later this year.

The group, which submitted an initial proposal for the field development in January 2014, has already concluded plans for the necessary pre-production arrangements needed to kick off the first phase of the Aje shallow water oil field. The planning process cost $220 million. It will produce 10,000 barrels per day of oil from two target wells in the Oil Mining Lease 113 area. The field holds an estimated 32 million barrels of oil reserves.

Taofiq Tijan, a former Commissioner for Energy and Mineral Resources of Lagos State, told local newspaper Punch that in 2014 that such development was good for Nigeria “generally because our reserves base has not increased over the years as expected, because the international oil companies are not ready to invest since the Petroleum Industry Bill has not been passed.” For Lagos, this will prove a massive boost in its bid to consolidate its position as the country’s economic hub.

Lagos is home to Nigeria’s most critical commercial activities. The country’s biggest air and sea ports are situated in the coastal city, as well as the head offices of the biggest companies. These, complimented by a rapidly growing population and consumer market, have propelled the growth of its economy. Experts have even suggested that Lagos alone has a larger economy than many African countries. It contributes about $80.61 billion (35.6 percent) of Nigeria’s GDP. Lagos is also the highest contributor to the Non-Oil GDP (with $129.4 billion, representing about 62.3 percent). However, its oil contribution is expected to soar with news oil discoveries.

In June 2013, emerging oil company Afren Plc and its partner Lekoil announced that they had discovered a significant amount of oil reserves in the offshore Dahomey Basin in Lagos. The assertion is based on the results of drilling and wire line logs from a high impact Ogo-1 well, located on the Oil Prospecting Licence, OPL 310 offshore Nigeria. Preliminary assessments showed revealed the field holds an estimated 78 million barrels of oil equivalent. However, Afren is optimistic that further study will uncover even greater reserves. The discoveries by Afren and Yinka Folawiyo’s Joint Venture are expected to lift Lagos into the club of oil-producing states, and generate more than N30 billion worth of internal revenue every month.