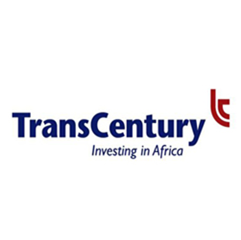 Nairobi-listed TransCentury  is predicting a 25 percent drop in profit due to a loss in its market value from the sale of its stake in Rift Valley Railways (RVR).

The Infrastructure Company had earlier in March sold its 34 percent stake in RVR to Egyptian private equity firm, Citadel, in a deal analysts estimated to be worth Sh5 billion ($57.9 million). The sale will reportedly trim about a quarter of its profit for the year ending December 2014, a situation that has plunged its share price by 7 percent.

According to a Kestrel Capital research analyst, Ian Gachichio, the company’s share was down by 7.41 percent to Sh25 on Wednesday and  ended the day at Sh23.75, a kickback of the 2013 low earnings.

“In this market, lower earnings almost always coincides with a decline in share price. We have the lower-than-expected 2013 profits and also the profit warnings,” Reuters quoted Gachichio as saying.

TransCentury’s sale of RVR shocks many as it comes on the back of RVR showing signs of profitability after several years of slow growth, especially with its 25-year concession to operate the sole 2,350 kilometre railway line that links Mombasa, Kenya with Uganda beginning to take shape.  The Kenya-based holding company had however before its sale of RVR, endured seven years of scarcely profitable investment. More so, RVR is set to face stiff competition from a new railway line being constructed by Kenya, expected to be completed by 2018.

The company made $43.7 million from the sale of RVR, a sum that covers its total cash investment in the company, but in all, it has not made up to the forecasted value of the investment.