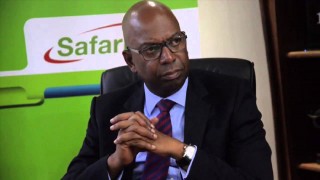 The B-Team, announced yesterday, that the CEO of Safaricom Kenya, Bob Collymore has joined the league of distinguished elites in business, which includes the co-founder Richard Branson. The B-Team is a non-for profit organization, which was formed by a group of business leaders who want to change the way business owners and operators interact with the world.

Collymore will work with Dr. Mo Ibrahim, and Dr. Ngozi Okonjo-Iweala, to lead the B Team’s Governance & Transparency Initiative to tackle corruption in business, widely seen as one of the biggest barriers to achieving the global goals.

“We all have a role to play in leveling the playing field for the next generation of entrepreneurs, in rooting out corruption and ensuring companies respect the boundaries set by nature. As business leaders, we can build a sustainable future where no one is left behind. I’m delighted to work alongside this committed group to make it happen.” Bob Collymore said.

Bob has been the CEO of Safaricom Limited since 2010. Safaricom is the largest mobile service provider in Kenya and the owner of the largest mobile money transfer service in Africa, MPESA. Safaricom has a staff strength of over 1500 people and has maintained its title as one of the most profitable telecom company in East Africa with a profit of $302.2 million in its 2014/2015 financial year.