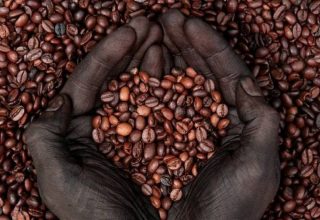 The coffee industry has been an important sector of Kenya’s economy since independence, a major source of revenue, employment provider, and top earner of foreign exchange. According to the United States Department of Agriculture (USDA), Nairobi is the world’s 21st largest coffee producer and has about 800,000 coffee growers.

However, the industry is facing challenges that include a chemical infusion, reduced quality, and the global coronavirus outbreak. Particularly, the pandemic brought about canceled contracts from foreign buyers, reduction in order volumes, and overall demand.

A more recent issue is the high levels of chemical contamination that puts Kenya’s coffee at risk of losing its top spot in the world market following rejection at Japanese and South Korean borders. It’s been revealed that Kenya’s highly-sought-after coffee has exceeded the allowable minimum of chemicals and now contains high levels of Ochratoxin.

Based on statistics for 2017/2018, Seoul accounted for 12 percent of Kenya’s coffee exports, fourth after Germany, the United States, and Belgium. But because of the ochratoxin contamination, the coffee was rejected at the border with a three-year-embargo imposed. Local stakeholders have raised concerns that if this is not reversed, then the product could face a total ban.

Kenya Coffee Producers Association has called on the government to address the issue, arguing that it could have a negative effect on other importing countries as well. Peter Gikonyo, the association’s chairperson said “the flagging of Kenyan coffee by the key markets due to high levels of contamination does not augur well for the sector. The government has to move fast in addressing this challenge.”

According to Gikonyo, gaps in certification procedures for coffee agrochemicals, inadequate capacity by farmers in post-harvest handling of the crop, and gaps in coffee export regulations and enforcement could be the reasons for the ban placed on the country’s coffee.

Kenyan coffee production has been declining from a high of 130,000 tonnes realised in the late 80s to the current 40,000 tonnes. The majority of the smallholder coffee farmers are currently producing less than 2 kilograms per tree in a year against an annual potential of 35kg per tree.