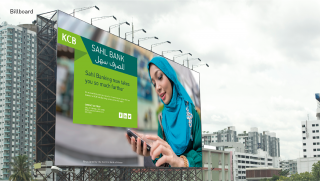 Despite opposition by lawmakers as well as other legal headwinds, the Central Bank of Kenya has approved the takeover of state-owned National Bank of Kenya (NBK) by KCB Group, the country’s biggest bank. The approval effectively paves the way for the completion of the deal within KCB timelines.

The apex bank in a statement this week said the acquisition will “strengthen both institutions leveraging on their respective well-established domestic and regional corporate, public sector and retail franchises.”

NBK has been facing challenges which put it at the brink of collapse. The bank’s core capital position has deteriorated from $100 million in 2016 to $20 million as at March this year – an 80 percent drop. According to CBK Governor, Dr. Patrick Njoroge, the lender’s poor performance is due to mismanagement, political interference, and a poor business model.

Appearing before parliament in June, Njoroge explained that failure to rescue the struggling bank (via the deal with KCB) would be disastrous to its customers as well as the public shareholders of the firm. “NBK isn’t a small institution and letting it collapse will be disastrous to its over 650,000 customers and the financial sector at large,” the CBK chief told the Finance and National Planning Committee of the national assembly.

KCB had in April declared its intention acquire 100 percent shareholding of NBK through a share swap deal, comprising 10 ordinary shares of NBK for every one ordinary share of KCB. This is reportedly part of the Group’s ongoing strategy to explore opportunities for new growth while investing in and maximizing returns from existing businesses.

The National Bank board reluctantly approved the buyout later in July, on the notion that KCB undervalued the company by almost 38 percent in the proposed takeover offer. According to the board in an advisory circular to its shareholders, the fair valuation is one KCB share for every 6.23 NBK shares.

Challenges to the deal

The approval by CBK comes about three weeks after the High Court dismissed a petition challenging the acquisition of NBK by the KCB Group. The petition questioned the legality of the deal and wanted the transaction stopped.

In its ruling, however, the court stated that the petition lacked merit. This is because it failed to understand the “independent legal framework for the acquisition of shares in publicly listed companies under the Capital Markets Act and the Capital Markets (Take-overs and Mergers) Regulations 2002.”

More so, the Finance and National Planning Committee early last month tabled a report opposing the takeover, instead proposing a recovery plan for NBK. The committee asked the lender’s principal shareholders – the National Treasury and the National Social Security Fund (NSSF) to reject KCB’s offer to acquire 100 percent shareholding.

However, some days before the CBK announcement, KCB said it had received acceptances in respect of 262.97 million shares, equivalent to 77.62 percent of NBK’s total 338.8 million issued shares. This means that the government, which controls 70.6 percent of the lender through the Treasury’s 22.5 percent shareholding and NSSF’s 48.1 percent stake, has officially agreed to the sale.

With over a 75 percent stake, KCB has already hit the minimum threshold required to declare the offer successful, and trigger the conversion. This would, in turn, push the acceptance level above the 90 percent mark, giving the bank legal backing to compulsorily buy out opposing NBK shareholders.

KCB is expected to announce the offer results on September 13, while the swapped shares will be credited into the trading accounts of NBK shareholders on September 27. The Group also expects to list the additional shares through which it is executing a swap for NBK’s equity on September 30.

As it stands, the Capital Market Authority (CMA) now has to suspend NBK’s trading on the Nairobi Securities Exchange (NSE) and subsequent delisting upon acceptance of the offer (by not less than 75 percent of the Offer Shares) including scope for minority squeeze-out.

NBK was incorporated in 1968 as a wholly-owned government entity. But over time, the government has reduced its shareholding. The bank is listed at the Nairobi Stock Exchange (NSE) and owns two subsidiaries: NBK Insurance Agency Limited, and Natbank Trustee and Investment Service Limited.