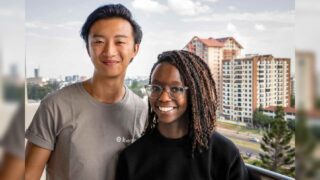 A new $4 million seed fund will assist Kenyan fintech startup Kwara in developing a neobank app for East African credit unions, also known as savings and credit cooperatives (SACCOs). Founded in 2019, Kwara provides a simple, secure, and affordable digital banking platform for SACCOs and their members, who are often excluded by traditional banks.

The neobank app will enable individuals to sign up with their preferred credit unions to access various financial services easily, a service that is scarcely available with commercial banks. It plans to offer end-to-end solutions to its clients. “Kwara provides omnichannel ways for members of a SACCO to transact – web apps, Android, IOS and critically USSD that is simple, well understood from mobile money use and does not require a smartphone. We will continue to ensure as many features as possible are available to all members of a SACCO,” Cynthia Wadia, Kwara co-founder and CEO, told Ventures Africa.

TechCrunch reported Kwara to have recorded a 19 per cent year on year growth, three times the global average, triggered by a 46 per cent uptick in the loan base of credit unions using its technologies. The startup boasts over $40 million worth of transactions between credit unions and their members.

The impact of credit unions in Kenya

Credit unions are significant players in Africa’s financial services sector, given their friendly policies. They generate significant savings from members of their communities by offering affordable terms and conditions for access to loans to finance different programs.

Kenya leads the continent with over 174 registered credit unions and several unregistered ones, and SACCOs constitute a critical part of its financial system. The union gained importance and increased size in the 1990s when they began to open branches in areas where banks had retreated during Kenya’s banking sector crisis. Still, financial fraud is a significant threat impacting the growth of Kenya’s SACCOs, marred by fraudulent transactions and embezzlement. This has reduced the confidence of members in credit unions.

In improving operational efficiency and effectiveness among SACCOs, migration from manual systems to automation and digitization has been inevitable. Kwara will give credit union members trusted access to instant loans and third-party services, including insurance.