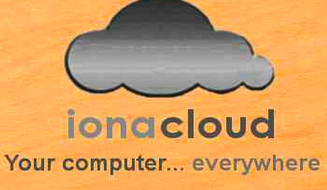 A Kenyan developer has launched the world’s first free, mainstream personal cloud computing service to offer a full PC experience and has so far amassed customers in over 50 countries.

The ionacloud development allows people to store one terabyte of files in the cloud and access them using a laptop, desktop, tablet or mobile phone wherever they are.

Though the adoption of cloud computing in the corporate world is becoming increasingly popular as a result of reduced hardware and infrastructure costs, ionacloud is the first cloud offering geared specifically between individuals.

Adopted by users in 56 countries since its launch in December of last year, there is evidence to suggest that people all over the world, and not just tech enthusiasts, are seeing the benefits to a cloud-based system that allows them to store, categorise and share files as well join global intranets. The company plans to launch an application programming interface (API) in the future to allow software developers to sell apps on ionacloud.

“It’s like taking Windows 7, putting it online and being able to access it from anywhere,” said the developer Kageni Wilson, who is also founder and CEO of ionacloud. “We offer a full virtual PC environment; you don’t have to learn how to use it afresh.”

Tech experts agree that the cost-effectiveness of the new ventures make cloud the future, not just in Kenya but also across the world. “There is nothing more constant than the change we are seeing,” says Andrew Waititu, East Africa General Manager of SAP. “In the next 5 years, 80% of all solutions will be available in the cloud.” Yet while utilising the cloud has so far been a purely corporate activity, Wilson is looking to transfer the concept into the personal sphere.

Wilson’s development is the first innovation that gives individuals a private, fully customised virtual environment for their file storage and networking needs. Flexible enough to be used for both home and office needs, the service can be accessed from anywhere. Members can create groups, as on Facebook, and share files with their networks. The success with users in so many different countries can be attributed to the fact that it is available in 41 different languages. With the initial uptake positive, Wilson plans in the future to develop a cloud-based apps platform like Android or IoS.

Initially popular with tech enthusiasts, the service is now being adopted by those less familiar with new technologies. Wilson says 35 per cent of users are in the 26-45 age group, though the majority are younger than this, in college or at high school. While the uptake of the cloud has been larger so far amongst companies, Wilson believes that there is untapped potential for the use of cloud services amongst individuals. “The measure of the success of cloud in the region will depend on companies like us,” he says. “Everyone will have it. The success amongst the man on the street will be the true measure of success. Then we will see the cloud in its true magnificence.”

“I think it [the cloud] will be much bigger in the personal space than in the corporate one. There is something about making something that was corporate before and making it personal. ionacloud is a way to prove it works.”

Unlike most Kenyan startups, which tend to go through the incubation space at the iHub in Nairobi, Wilson and its partner developed ionacloud independently. “If you’ve seen The Social Network you can imagine what it was like,” he says. “It was developed in my house, we were coding through the night.”

Although ionacloud is still being primarily funded by Wilson and his partner, the company is actively seeking more investment to allow it to reach more customers and add to the functions the service offers. “We have started the process of sourcing proper funding,” he says. “Before we move to the next stage we have to sort the issue of funding.”

“It is important it works perfectly. Africa is the tech hotbed, where tech conditions are the worst. If it works here, it can work anywhere. We don’t want it to be localised.”