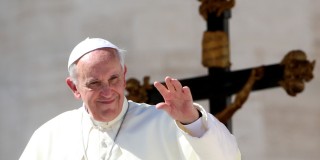 A few months ago, the Catholic Church in Kenya was accused of condoning corruption and allowing politicians to donate ‘public funds’ to the church. The church, which publicly refuted this claim, has now made commitments towards curbing this act.

During a national prayer day in Nakuru County, Kenya, the church announced a nationwide anti-corruption campaign. Dubbed ‘Breaking the Chains of Corruption,’ the initiative will be conducted in close collaboration with the media.

According to Nyeri Archbishop Anthony Muheria, the initiative will be the church’s contribution to the fight against corruption and will, among other things, press for swift action in handling graft cases.

“The anti-corruption initiative will be launched by all the bishops at Subukia Shrine to make a public commitment, as bishops and faithful, and Kenyan citizens to fight this vice,” Muheria said.

Without a doubt, corruption is a big issue in most African countries. However, it has become prevalent for politicians/government officials and individuals to channel some of their illicit derived funds into churches and other religions related activities.

The Kenya Conference of Catholic Bishops (KCCB) will also be partnering with the Ethics and Anti-Corruption Commission (EACC).

Some of the measures introduced by the Church to boost accountability and transparency include the writing of an acknowledgement before gifting any religious leader of the church.

Also, from now on, financial contributions to fundraisers in the church will be done by mobile money transfer or, preferably, by cheque. This is to avoid the possession of large amounts of cash by the church and it also gives a clear trail of the donors.

“Our churches will not be used as political platforms or for any other motive other than for the liturgy and worship of God,” KCCB said. “We shall therefore not allow any address within the church of any non-liturgical character.”

The organization added that such speeches or initiatives can be made outside the church with due dignity.

Going forward, the church looks to cleanse illegal acts that might have penetrated the Kenyan society through the religious body. The EACC is also interested in partnering with other stakeholders willing to aid the fight against the plundering of public resources.