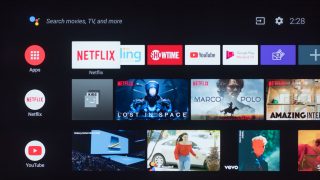 The government of Kenya is set to place a tariff on foreign online platforms with the Ministry of Information and Communications Technology (ICT) already in the final stage of developing a framework for taxing online streaming media services.

When the policy is finalized, over-the-top (OTT) services will be required to declare the revenue they generate from Kenyan consumers. OTT media service is a streaming media service offered directly to viewers over the Internet. The service, such as YouTube, Netflix, Amazon, bypasses cable, broadcast, and satellite television platforms that traditionally act as a controller or distributor of such content.

According to the Director-General of the Communications Authority, Francis Wangusi, online content providers exploit the Kenyan industry and most times neither the government, artiste or other content creators benefit from them.

“Many countries, especially developed ones have policies that guide these services, and that is where we are heading to as a country,” Wangusi said, adding that these international OTT services have placed a strain on other local entertainment channels.

Since Netflix and other streaming platforms expanded into Kenya and other African countries, artistes are not the only ones who have felt their impact. Other local video-on-demand services have at one time or the other complained about the tough atmosphere created by advanced foreign players in the entertainment sector.

Taxation will definitely serve as a means to curb these excesses while also boosting Kenya’s tax base. However, a reverse effect of the planned tax policy, if implemented, is that users might have to pay more for the services considering OTT platforms may increase their subscription rates.

Speaking on how Kenya intends to facilitate this revenue process, Wangusi affirms that the country has the right technological devices to ensure transparency. Also, he believes that the OTTs will “declare the correct revenues, considering that the (internet) community is also watching them.” Any platform which fails to comply will be shut down by the government, he added.

OTTs are not the only area that the government is trying to rope into the tax net. The Kenya Revenue Authority (KRA) has equally announced plans to partner with the Communications Authority (CA) to introduce Value-Added Tax (VAT) for app developers trading in Kenya. App developers might be taxed based on the number of downloads done on their platforms and the revenue generated, TechPoint Africa says.