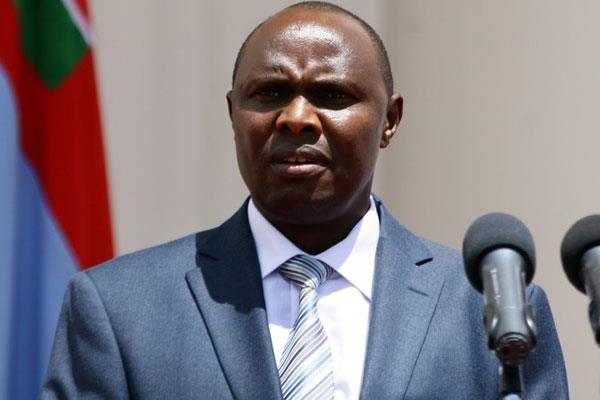 Kenya’s Cabinet Secretary for Agriculture, Livestock and Fisheries, Felix Kosgey has revealed that the East African nation is on the move to  reenter the European Union (EU) meat market after it was banned.

Kenya was banned from exporting meat to the EU due to food safety concerns as it failed to create disease-free zones and meet hygiene conditions. This made it lose beef export quota of 400,000 tonnes per year which was given to Botswana that has a fairly well developed livestock sector.

In the 1970s, EU market used to be one of Kenya’s major export arena with about 66 percent of canned beef consumed in that market were exported by the Kenya Meat Commission.

Uganda had also banned the importation of beef from Kenya in 1997, saying it was not sure Kenyan beef met the required standards to be exported to Kampala.

While speaking at the sides of Africa Livestock Conference and Exhibition (ALiCE) at the Safari Park hotel on Wednesday, Kosgey affirmed that the country have already opened discussions with several countries, including those in Europe, to enable meat produced in the country access that market.

“We are talking to other markets outside the country like European Union to ensure they take our beef, mutton and other meat products. We are revamping the Kenya Meat Commission to ensure (the process) from the farmer to the market is smooth all the way,” he said.

To reclaim this market, Kenya plans to vaccinate 61 million cattle this year against foot and mouth diseases and other trade-sensitive diseases.

“Our plan is to ensure that the sector achieves a 4 percent reduction in pest-related infections as we seek to benchmark the livestock sub-sector with the international standards,” he said.

He said slaughterhouses will be set in counties to enable them meet local demands.

Meanwhile, Kosgey noted that although the livestock sector of the country is among the major pillars of the nation’s economy, it still face challenges like climate change, production constraints and lack of markets; which must be addressed to enable it play a greater role in the creation of wealth.