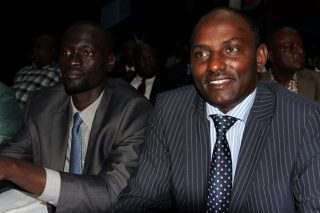 Barely two months after assuming the role of the Acting Finance Minister, Ukur Yatani is initiating policies targeted at saving the fiscal economy of Kenya by cutting government officials’ spending.

According to the Minister, overseas trips by state officials – which often involve lavish travel allowances – and advertising by government departments are examples of wasteful spending.

“In the face of the slowdown in global growth, our government has adopted an all-inclusive fiscal consolidation policy package, encompassing fiscal, monetary and financial policies,” Yatani said.

Minister Ukur Yatani said all non-core expenditure will be reviewed to ensure the government can make savings and fund its programs without relying too much on debt. The use of state vehicles and the size of government delegations for foreign meetings will also be limited to help the state make a saving.

“The cuts will be brutal and sustained … because the success of this government will depend on our dignity as a country to be self-sufficient,” he told a public meeting, to plan the budget for the next fiscal year.

The government had in its annual budget in June set a target to bring the fiscal deficit down to 5.6 percent of gross domestic product (GDP) for the 2019/20 financial year (July-June), from 7.7 percent in 2018/19. But this will not be the first attempt towards cutting financial expenses, without significant success, as the country’s debt keeps rising.

President Uhuru Kenyatta is often accused of ramping up borrowing at a rate that will saddle future generations with too much debt. A report by The East African states that Kenya’s public debt currently stands at $51 billion and is projected to hit $60 billion by 2020 and $70 billion in 2022. However, the government has defended some of these borrowings, saying it is aimed at improving infrastructure.

Likewise, Kenyatta’s government has been criticized for failing to stamp out widespread corruption as billions of shillings in government funds are lost every year. Some of the present leaders, including former Finance Minister, Henry Rotich is being held accountable for misuse of public funds and corruption.

Rotich was removed as finance minister after he and other senior officials were charged on accounts of misusing funds meant for the construction of two dams. Yatani is looking to block these loopholes as well as reduce overspending by the government.

Going forward, it is no news that leaders of most African countries spend outrageous amounts on issues such as ‘health care,’ ‘overseas trips’ and even ‘wardrobe allowances,’ all of which are funded by taxpayers’ money.

In many cases, once the government cannot meet up with funding infrastructural projects, the next move is to seek loans from the international community. It is expedient that the right strategies are put in place to reduce debts to the barest minimum, starting with cutting unnecessary spending by public officials. Mounting debt is a threat to economic growth.