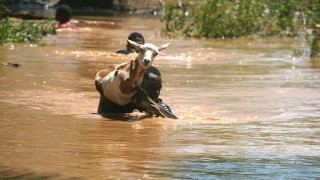 The Kenyan government disclosed that it has earmarked Ksh6.1 billion ($61 million) for the revamping of various damaged infrastructures, and the settlement of citizens displaced as a result of the flood.

Col (Rtd) Cyrus Oguna, state spokesman, confirmed this saying that the government has put measures in place to restore wrecked infrastructures and resettle displaced victims of the flood including those currently residing in camps.

Oguna added that since the government cannot prevent disasters from happening, “the most noble thing to do is to facilitate the resettlement” of displaced victims “should they wish to move back to their homes and lands.”

Read more at The East African