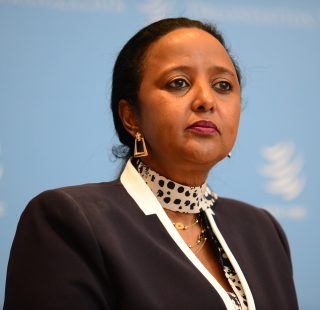 Kenya has submitted the name of its Sports Cabinet Secretary, Amina Mohamed, as a candidate for the post of Director-General of the World Trade Organisation (WTO). The submission was recently announced on the WTO website on July 7, 2020.

In 2013, Mohamed contested for this same position but lost to Robert Azevêdo, the current Director-General of the WTO from Brazil. However, she will be contesting alongside 5 other candidates for the prestigious office. They include former Nigerian Finance Minister, Ngozi Okonjo-Iweala; Egyptian commercial law academic, Abdel-Hamid Mamdouh; Jesús Seade Kuri of Mexico; Moldova’s Tudor Ulianovschi and Yoo Myung-hee of South Korea.