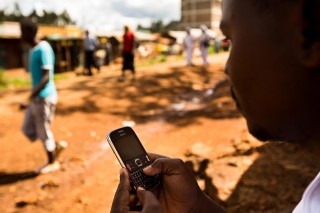 Plans for the bond were first announced in late 2015, as a medium to give Kenyans access to the country’s capital markets. Investors can also buy in increments as small as 3,000 shillings (about $30) and it will be offered on the widely-used money transfer and microfinancing mobile platform, M-Pesa, compared to the minimum of 50,000 shillings individuals had to spend previously to buy government bonds.

Investors can buy and sell the bonds on the Nairobi Securities Exchange via their phones. Coupon payments will be paid directly to their phones. Like with M-Pesa, both smartphones and basic features phones can be used.

“This product named after the Kiswahili word, akiba or “savings,” is for a mama mboga, farmer, employee, hustler or whatever,” the treasury said in a press release, at the time referring to women that sell vegetables at small market stalls.

The platform will also rapidly increase transaction time, with trades that previously took an average of two days made instantly via mobile. Individual retail investors previously only accounted for 2 percent of government bond uptake, with the remaining 98 percent bought up by institutional investors. But the popularity of the M-Akiba bond could be high if mobile user rates are any guiding measure.

Kenya’s treasury hopes to raise 5 billion Kenyan shillings ($47.7 million) through the bond sale. According to the Communications Authority of Kenya, the mobile phone penetration rate across the country was last reported at 83.9 percent. Also, according to Financial Inclusion Insights, statistics show that, in 2013, more than 62 percent of Kenyans actively managed money on their mobiles phones compared to 21 percent of them that had bank accounts within the same period.