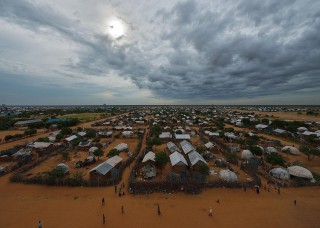 On Monday the 10th of February, the Federal Bureau of Investigation (FBI) and Department of State announced its partnership with Kenya in creating the first Joint Terrorism Task Force (JTTF). The task force will be a multi-agency counterterrorism investigative unit located in Nairobi, Kenya.

This announcement came after President Uhuru Kenyatta’s meeting with President Donald Trump at the White House last week to negotiate a bilateral trade deal with the United States. Another topic of discussion was the al-Shabaab terrorist attacks in Kenya, leading to the establishment of Joint Terrorism Task Force-Kenya(JTTF-K).

JTTF-K will involve the selection of 42 Kenyan investigators that will receive a 12-week intensive counterterrorism training at the FBI Academy in Quantico, Virginia. The FBI will administer the curriculum and provide training for the selected team with assistance from other agencies. The program will then be evaluated by the FBI and the State Department Bureau of Counterterrorism’s (CT Bureau).

The team is expected to learn different techniques used by the U.S. JTTFs and be trained on how to handle sensitive counterterrorism intelligence shared with the Kenyan government. Also, they will be trained and equipped to investigate critical terrorism issues that are significant to Kenya’s National Security Council. After the completion of the 12-week course, officials will return to Kenya and will be assisted by an FBI special agent mentor while carrying out operations in the country.

However, investigations carried out by JTTF-K will be in accordance with the international law enforcement standards and will conform with human rights standards. Legal authorities will be derived from the Kenyan constitution and international treaties. Cases will be prosecuted in Kenya’s courts, hereby, promoting the U.S. goal of enabling foreign partners to successfully counter terrorist attacks.

JTTF-K will be funded by the CT Bureau under the Counterterrorism Partnership Fund, established by the Congress to build the law enforcement capacity of partner nations on the frontlines of terrorism. It will assist the inter-agency techniques required to successfully investigate and prosecute terrorists before attacks are conducted.

According to the Assistant Director of the International Operations Division, Charles Spencer, “The FBI is proud to have the opportunity to work with Kenyan law enforcement partners on this initiative, and it will ensure that the first Kenyan JTTF will allow for a sharing of experience, knowledge, and capabilities that will enhance shared commitment to countering terrorism around the world.”

In appreciation of the new initiative, Kenya’s Director of the Directorate of Criminal Investigation George Kinoti said he appreciates the effort and resources the FBI and Department of State have dedicated toward improving the capabilities of Kenya’s officers through training, experience, and insight.

With the reoccurring attacks by the al-Shabaab group, the JTTF-K program could serve as a permanent solution in fighting terrorism in Kenya. If successfully conducted, it could quicken terrorism investigations and prosecutions, enhance crisis response, and strengthen border security.

Also, it could guarantee a certain level of security in Kenya and will allow for the smooth running of the new Kenya-US trade deal, while opening other doors for foreign investments.