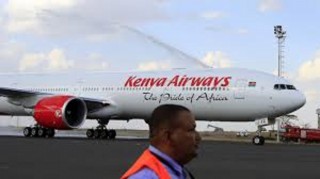 Kenya is the 15th most attractive investment destination in Africa

Quantum Global’s independent research arm, Quantum Global Research Lab., has released its latest Africa Investment Index 2016. According to the index, Kenya is the 15th most attractive economy for investments flowing into Africa.

“Supported by a stable macroeconomic environment, Kenya presents investors with relatively high exchange rate risk, low levels of liquidity and very low import cover. However, going forward, the government policy of capping domestic interest rates is limiting growth on domestic credit to the private sector. This has the potential of being a drag on future economic growth, in an otherwise dynamic economy,” Prof Mthuli Ncube, Head of Quantum Global Research Lab said while commenting on the Kenyan economy.

According to the research by Quantum Global, Kenya’s rate of economic growth is on track to exceed the average for sub-Saharan Africa for the eighth year in a row. This growth performance has been driven by strong domestic demand and public infrastructure investment in a context of low oil prices and domestic macroeconomic stability. Domestic consumption has been growing rapidly on the back of a growing middle class, rising incomes and rapid expansion of credit.

Public investment and fiscal transfers to countries have ensured that the growth has been geographically broad-based. Low oil prices and a surge in remittances have allowed a contraction in the current account deficit recently, although the gap between imports and exports is still wide and presents a risk, especially if oil prices rise. Economic growth has been reasonably well diversified, especially in services sectors, although manufacturing has underperformed. Low inflation and currency stability over the past two years have been conducive for investment.

The research also highlights that Kenya faces a number of external and internal risks that could dampen the economy in 2017 including global financial volatility (especially following the election of Donald Trump in the United States), and a risk of capital flight from frontier economies. Oil prices are expected to lift modestly next year, but the impact on the balance of payments could be offset by the recovery in tourism and FDI. The major internal risks relate to possible political instability in the run-up to the 2017 elections, associated delays in fiscal consolidation, and the recent capping of interest rates, which could restrict access to credit and impair bank performance. It is worthy to note that in 2015, Kenya attracted a net FDI of $1.5bn and its economy is doing favourably however economic headwinds can dampen investor sentiment.

“Overall, the outlook for Kenya’s economy over the coming years looks bright. Both the World Bank and International Monetary Fund (IMF) are forecasting growth rates of around 6 percent for the next 3-4 years. Growth will continue to be supported by robust domestic consumption, public infrastructure investments in transport, energy and information and communications technology (ICT), and remittances from abroad, ” Mthuli concluded.