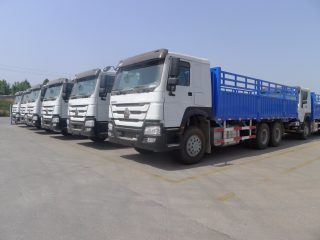 The government of Kenya has approved a proposed ban on the importation of used trucks with load capacities of 3.5 tonnes and above into the country. The newly approved standard for motor vehicles, published by Kenya Bureau of Standards (KEBS), is expected to replace the one that has been in existence since 2000.

“All rigid trucks with GVM (gross vehicle mass) equal to or greater than 3.5 tonnes and up to and including 30 tonnes, which are more than zero (0) years old from the year of first registration, shall not be allowed for importation,” the new policy reads.

This ban comes after the government dropped proposals to restrict imports of used passenger cars as a result of protests from second-hand dealers. Once implemented, the new policy is expected to boost demand from local assemblers such as Isuzu (which sells the Isuzu trucks and buses) and Simba Corp (which deals in Mitsubishi commercial vehicles).

Currently, the importation of used trucks in the targeted category stands at 10,000 units per year which is equal to 70 percent of all annual motor vehicle sales. But these assemblers produce about 5,000 units of trucks per year. For them to meet up with demand, they will have to triple their outputs once the ban is implemented.

The policy is designed to support the growth and transformation of Kenya’s automotive industry into a significant contributor to the national Gross Domestic Product (GDP). The sector has consistently contributed heavily to the GDP, foreign investment and innovation in developed countries such as Germany, the U.S., Japan, South Korea, Italy and China.

In Egypt, the automobile industry has created 86,000 direct and indirect jobs. Also in South Africa, it provides more than 450,000 jobs directly and indirectly. The policy, therefore, would significantly generate employment opportunities across the industry value chain in Kenya.

Moreover, Isuzu recently launched Sh1 billion worth of new assembly lines which include an Electro Deposition Paint-shop using advanced technology in applying the first coat on the vehicles ensuring longer paint life and finish; a Dynamic Test Center that will provide finer vehicle inspection such as speed tests and brake tests; and a Water Leak.

These new innovations are expected to make vehicle assembling more effective and easier as Kenya looks to develop a robust local automotive industry.