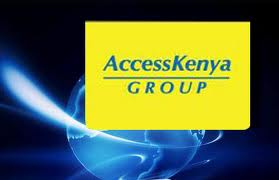 Kenya has agreed to grant telecommunication company AccessKenya a waiver from the domestic ownership rule, to allow for its full acquisition by UK’s Dimension Data.

The law requires telecom firms to have at least 20 per cent local ownership, but the UK’s firm wants to acquire a 100 per cent stake.

This prompted Dimension Data, which is acquiring the Kenyan firm for $35 million, to request a waiver from the rule, for which the Information Communication Technology Cabinet Secretary, Fred Matiang’i told Business Daily that the ministry had agreed to it.

“It will be done (the exemption), this is a public issue and I don’t see why it should not be done’’, the secretary told the news agency.

“We are aware of the urgency of the matter. However, there are procedures to be followed before we can grant such an exemption.”

This wavier, if successful, will make Accesskenya only the second firm to be exempted after India’s Bharti Airtel acquired a 95 percent stake in Airtel Kenya (then Zain).

The reason given for the relaxation of the rule by the government is to encourage foreign investment in indigenous firms.

A recent drop in foreign direct investment (FDI) might have prompted a rethink of rule by the government; in 2007 its FDI inflows significantly dropped from $781 million to $151 million in 2009, sloping further to $144 million the following year, according to the UN.