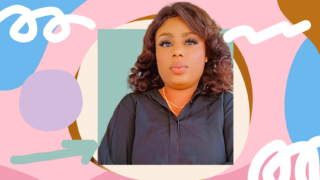 The lifetime risk of men getting breast cancer is 1 in 833. Meanwhile, breast cancer is the most common cancer among women. In 2020 alone, over twenty million women were diagnosed with breast cancer, most of which were late diagnoses. Sadly this was the story of Kemisola Bolarinwa’s aunt in 2017. She had been experiencing symptoms of breast cancer, and by the time she got a proper diagnosis, the cancer was at stage three; it had spread beyond the tumour. After her diagnosis, she started receiving treatment at the University of Ibadan teaching hospital. It was a difficult time for Kemisola’s family.

When Kemisola first visited her aunt at the hospital, she was surprised at the number of women and young girls receiving treatment for breast cancer. “It was a horrible experience for me. At one point, I could not stop thinking of how susceptible I was to breast cancer. It felt like a threat,” she says. She became curious. During one of her visits to the ward, she decided to carry out a mini-interview with a serving oncologist at the hospital. One of the questions she was keen on receiving an answer to was the cure to breast cancer. The answer was not positive. But the doctor’s reply stuck with her. “If it is detected at an early stage, say stage zero or stage one, which is the most advanced, it has a nine out of ten chance of being cured,” she recalls. According to research, delay in breast cancer diagnosis is linked to an advanced stage and a low survival rate.

Sadly in July 2017, Kemisola’s aunt lost her battle to breast cancer. But the experience would give birth to an idea to help women. In 2019, Kemisola started creating wearable technology to help solve critical issues, ranging from security to health issues. She started the first wearable technology company in Nigeria – Nextwear technology. Nextwear technology is a hardware embedding company that designs and develops technology worn close to the body by embedding programmable electronics and sensors on clothing to solve health issues, insecurity, communication, and augment fashion.

Kemisola was no stranger to the importance of technology. She fell in love with science subjects in secondary school and went on to study electrical electronics at the university. After earning her degree, she was not satisfied and wanted to do more with technology. So she got acquainted with different areas of technology but deep-dived into robotics. Unfortunately, robotics in Africa still has a long way to go, “We have not been able to commercialise it yet,” she says. So it was only fitting that after her aunty’s experience and her determination to help with one of the world’s deadliest diseases, she would think of wearable technology. “I already had the basic knowledge. I knew how to embed. I just had to research how I could use embedding to solve these problems,” says Kemisola.

Her first idea was a Smart Bra – a product that would help women with easier breast cancer self-examination. According to research, scarcity of early detection programs contributes to low survival rates of breast cancer in developing countries. “The oncologists had mentioned people doing self-diagnosis and regular checkups,” she recalls. Although it is the simplest way to detect a lump, many people still do not practise self-diagnosis. Also, the radiation used in mammograms can be harmful to body tissues and cost up to fifteen thousand naira in Nigeria. “I wanted to come up with safe, wearable solutions that women could use in the comfort of their homes,” she says. But the Smart Bra was not the first product her company (then a startup) put out. Kemisola had broadened her scope and wanted to do more to help women. She started working on Nextwear’s smart necklace – a device intended to ensure the safety of people, particularly women. The smart necklace is a fashion GPS tracker necklace that helps identify the wearer’s location. It works with an inbuilt SOS button that the wearer can use to send voice alerts in cases of emergency or danger. These alerts will then reflect on the app of an emergency contact.

The smart necklaces did not bring in many sales as one would expect. But that did not deter this innovator as she carried on with production focused on her initial idea of a Smart Bra. The Smart Bra is designed with ultrasound technology. It works with a mobile application, which takes the result and translates it to a language a layperson can understand. “It is just like checking your blood pressure. You are not to wear it like a regular bra. A woman puts it on for 20 to 30 minutes and checks her status. After the device takes the readings, it sends the result to the mobile app where she can access it,” Kemisola explains.

Kemisola put together a team of specialists to work on the design and production of the Smart Bra. “We have an oncologist we go to whenever we have difficulty and a US-based cancer researcher. We also have a femwear expert, an IT expert, an embedding hardware expert, an AI expert, and a software developer. We have a competent team working on this,” she says. The team currently has a working prototype and recently carried out a local clinical trial. “At our capacity, we got 15 models just to validate what we have done so far, and we were able to get 87 percent accuracy,” she says. “We had to ensure the censors we use to replace the ultrasound transducer can get the same reading. We also had to consider the frequency of the wavelength because, unlike the regular ultrasound, the wavelength does not deal with images. We had to make sure the censors do not just detect lumps but can identify the difference between a cancerous lump, a benign lump, and a tumour,” Kemisola says.

While this innovation gives women a better fighting chance against breast cancer, it has not been without its challenges. To begin with, the team currently operates in Abuja, where the necessary facilities and materials are not readily available. “We have to order so many things from abroad and wait almost a month before we get it. This often delays the process,” she says.

Nigeria is also just getting around to health tech. Last year, Kemisola applied for several grants, including a presidential grant. The presidential grant was approved, but the funds are yet to be disbursed. “Many times, we need to travel from Abuja to teaching hospitals in other states. We have to pay for time, accommodation, and logistics,” she says. So far, the most funds received have been a three thousand dollar grant acquired from being shortlisted on the Standard Chartered Women in Tech incubator program and a UNDP grant from last year. For the most part, Kemisola has had to rely on personal funds for her projects.

In February, BBC pidgin covered the story of the Smart Bra. This helped garner attention to her innovations. Kemisola says she has gotten many requests for global and local collaborations. But not all of the attention has been encouraging. Some platforms have lessened the impact of this innovation and the innovator. One platform reported the news with the headline, Nigerians react to a Smart Bra. “This is why we need all the push we can get. These innovations must come from Africa so that we can export what the world needs. Thankfully, the government has pledged its full support,” Kemisola says.

The Nextwear team is still working on the Smart Bra. The plan is to conduct a standard clinical trial using a world-certified laboratory. “Breast cancer is not a regional problem which is why a world standard lab is needed to carry out trials,” says Kemisola. “We also want to work with hospitals that specialise in breast cancer cases across the country. We are aiming for 97 percent accuracy. So if there is a need to do more troubleshooting or check our dataset, we will be able to do that with the feedback,” she explains. Another line of action for this innovator is ensuring women in rural areas can access this innovation. 60 percent of Nigerians do not have access to smartphones or digital devices, with the majority being rural dwellers.

Kemisola is not just trying to help women through wearable tech, she remains passionate about women being a big part of the future tech ecosystem. She advocates for STEM education with a passion for bridging the STEM gender gap in Africa. Since 2017, she has been contributing her quota by offering STEM classes as an extracurricular activity to schools and offering classes online.