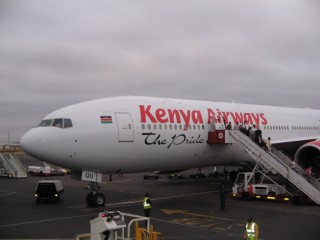 What we know about Jambojet’s new customer-friendly payment plan

Jambojet, a subsidiary of Kenyan national carrier, Kenya Airways (KQ) recently introduced an easy payment option for passengers.  Also known as “Jaza pole pole,” the new plan allows customers who book tickets 60 days in advance to pay in 4 instalments. This way, clients can pay a minimum deposit of Sh2,670 in advance, and clear the remaining balance in three instalments within the 60 days.

More so, passengers using this platform will have up to two hours to make any changes to their booking after the initial deposit has been made. The affordable air travel plan is part of the company’s strategy to enable households cope with the negative economic impact of the COVID-19 (coronavirus) pandemic.

According to a statement by Karanja Ndegwa, the airline’s Acting Managing Director said, “We understand the tough economic times and would want to ensure we cushion our customers so that they are still able to travel when they want to.”

As of 2019, Jambojet ranked second after KQ on the country’s top 10 carriers based on the number of domestic seats-the carrier recorded 857,064 seats on its departure list.

A total of 12 airlines operate in Kenya’s domestic market. While KQ controls 18.8 percent share of the country’s air travel capacity,  Jambojet has 16.5 percent. This indicates its significant contribution to the Kenya’s domestic flight operations and the national Gross Domestic Product (GDP).

Long before the pandemic, Kenya Airways (KQ) battled financial difficulties. In April 2020 KQ sought for a State bailout to avoid collapse. It solicited a multi-billion shilling government bailout after the grounding of its aircraft due to the ban on international flights sparked by COVID-19. But since the ban on international travels were lifted last year, the company has been recording some progress. There is also a possibility that this new move by its subsidiary will have a significant impact on KQ’s operations.