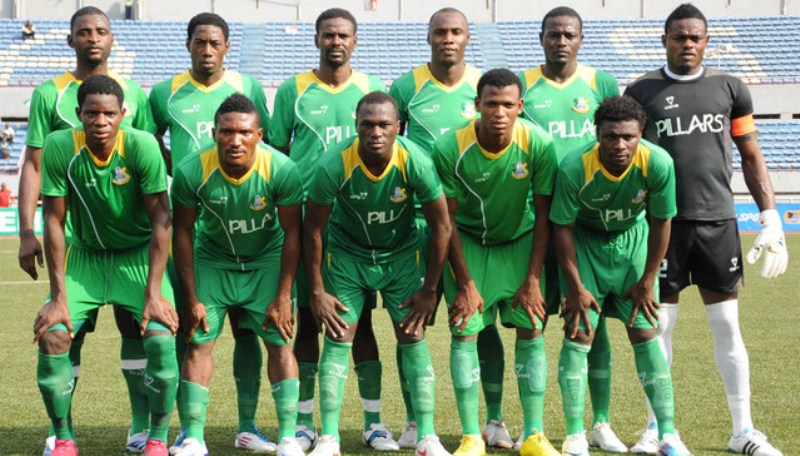 Kano Pillars have claimed a N15 million ($86,600) championship prize as they emerged champions of the Nigerian Professional Football League for the third successive time.

The club, based in the ancient city of Kano, was an early season favourite to retain the title and did so successfully despite a stiff challenge from Enyimba, one of the country’s most renowned football clubs. Enyimba is based in Abia, a Southeastern state of Nigeria.

The news of the cash prize was announced by the League Management Company (LMC), the organizers of the Nigerian Professional Football League. The League Management Company announced that the total cash prize to split amongst all 20 Nigerian Professional Football League clubs had been increased by 50 percent and as such, all clubs will a N75 million ($433,400) cash kitty as part of a Financial Merit Award.

A statement on the League Management Company’s website confirmed the 50 percent increase and suggests that the money will be split among all 20 clubs based on final standing on the table of the just concluded 2013/2014 season.

“The merit award represents cash earnings shared to the 20 clubs in the Nigeria Professional Football League (NPFL) sponsored by Globacom Limited in accordance with their placing on the final league table ratified by the league body,” the statement read.

The news of the increase was also confirmed by the Nduka Irabor, chairman of the League Management Company.

“Last season, we had a pool of N50 million from where clubs shared based on their final placement on the log but this season, the share-out is N75 million representing 50 percent increase across all positions. It therefore means that any club that improved on its position last season will receive even higher than 50 percent”, Irabor said.

Irabor also explained the rationale behind the Financial Merit Award describing it as an incentive for clubs to perform better and also as a way of ensuring that clubs benefit from the revenues generated by the League Management Company.

“The Financial Merit Award, apart from being a financial incentive to the clubs also aims to encourage competitive spirit amongst the clubs also seeks to raise the quality of our clubs’ performances. It is consistent with our stated policy to make the Clubs benefit from sponsorship revenue according to their performance in the season”, Irabor said.

Many league enthusiasts confirm that the 2013/2014 league was an improvement on recent seasons as there were fewer incidents of crowd trouble and schedule disrupting fixture postponements. Mr Irabor also stated that he hoped the progress made by the organizers of the league will enhance the marketability of the Nigerian Professional Football League as a commodity.

“We have enjoyed the continued loyalty and support of our partners and we definitely will generate more revenue to further raise the Financial Merit Award if peace and compliance to regulation is observed by all stakeholders. It is only under such a conducive atmosphere that the league will attract potential sponsors from corporate Nigeria and even beyond our shores to exploit the investment opportunities in our football,” he said.

The new season of the Nigerian Professional Football League is scheduled to kick-off after next year’s African Cup of Nations scheduled for Equatorial Guinea between January 17 and February 8.