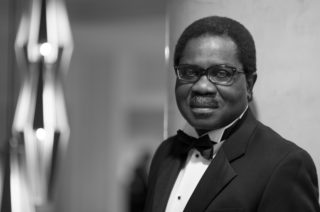 Obaro Saga: Justice and the drive for FDI in Nigeria

In the wake of a court judgement dismissing corruption allegations against a UK-based couple trying to build a medical centre in Nigeria, this article examines the potential effect of such arbitrary trials on Nigeria’s drive for Foreign Direct Investment.

Nigeria is reputed to be the third largest host economy for Foreign Direct Investments (FDI) in Africa, behind Egypt and Ethiopia. Whilst the country can boast of an impressive FDI potential, it is bedeviled by several other obstacles that repulse investors, such as poorly developed transport and energy infrastructure (lack of electricity) resulting in high operating costs; high tax burden, vulnerability to changes in global markets, as well as increasing lack of security. Others include widespread corruption, political instability, lack of transparency and poor quality of infrastructure and intense bureaucracy. In fact, a 2019 article published by Forbes identified Nigeria as Africa’s Money-Losing Machine.

Also, all the challenges in the oil and gas sector, which is the mainstay of Nigeria’s economy, have reinforced the need to make the country more attractive and lucrative to offshore investors to bring capital, skills and business trade into the country especially in very select sectors such as energy, real estate, etc.

However, one critical area that is often neglected and treated with levity, is the health sector. In most cases, government officials and those who can afford it are quick to take the next available flight abroad for their health needs, leaving the health systems in a deplorable state not fit for the larger population.

This is all the more topical as the latest figures from the World Bank estimate Nigeria’s public spending on health care at only 3.75% of its $495 billion GDP. Meanwhile, real estate consultancy, Knight Frank, opines that Nigeria would require 386,000 additional beds and $82 billion investments in health-care real estate assets to reach the global average.

These humongous gaps in the health sector are indicative of the lacklustre attitude, questionable policies, and hostile environments that the government has created for investments.

To further aggravate these woes, the sincere intervention efforts of highly spirited Nigerians in diaspora are often met with the unprofessional conducts of public officials as they are witch- hunted, smeared, and in extreme cases dragged to court for no offense other than a desire to render selfless services to their countrymen.

One of such experiences is that of renowned medical doctor, Reuben Olu Obaro, and his wife, Ayodele, who were arraigned before a Judge at the Federal High Court, Abuja, on false allegations of corruption which was levelled against them by the Independent and Corrupt Practices Commission (ICPC) in a case that has lingered for over two years in court.

These true ambassadors of our dear country were planning to support the healthcare system in Nigeria with the establishment of a world-class specialist hospital for treating stroke patients, with the aim of managing the rising incidence of the disease amongst Nigerians in-country. It was also to serve as a referral and training centre for developing local knowledge and capacity in managing the disease across Nigeria. Instead of having the Stephen James Stroke Centre of Excellence, the couple had a harrowing two years defending themselves from frivolous and baseless charges.

The ICPC in an eight-count charge accused the highly respected radiologist for misappropriating out of the funds provided as a seed grant in accordance with the law by SURE-P in the previous administration to set up the centre.

The allegation is simply implausible as the grant was merely given to complement personal funds of the promoters who were galvanizing financial support from their friends abroad for the achievement of this purely humanitarian project.

According to sources close to the defendants in the case, they had already spent millions of personal funds to kickstart the project, even before the said grant was disbursed.

In dismissing the case, Hon. Justice A. O. Ebong said ‘It is common knowledge that at various times, the Federal Government has made efforts to rebuild the negative image of our nation in the international arena. This sort of dubious and frivolous attack on the character and reputation of citizens as exemplified in this trial, cannot aid that effort.

“I believe it is high time for our investigation and prosecuting agencies to have a rethink on how they go about exercising their mandates. They should refrain from exercising their powers in a manner that inflicts on the citizens, what could only be described as malicious damage.”

Whilst we hope that this will not deter Nigerians in the diaspora or mark the end of the laudable initiative that would have been beneficial to a large portion of Nigeria’s population affected by stroke, it has become more important than ever that our agencies and by extension the government exercise the duty of care and be more professional in their dealings with the international community as we attempt to fix the already marred image of Nigeria.

Misguided and unfounded allegations will go a long way to discourage other sincere sons and daughters of the country, as well as investors who are interested in investing their resources to better the lives of others and make the society better. Their good intention stands at a risk of being met with resistance, received with skepticism, or worst still making them objects of persecution.

The successful set up of the stroke centre would not only have provided critical healthcare to many Nigerians but would have also provided numerous jobs for Nigerians and enhanced the development of local skills capacity development.

Mrs. Ayodele Olubunmi Obaro, on the other hand, is a prominent nurse and CEO of UK-based health care company, Rashot Ltd, with over 30 years of experience in management and administrative procedures in running Care Centres. She also holds a certificate in medical ultrasonography and management in care and has meritoriously practiced as a nurse midwife for 23 years in a National Health Services (NHS) Trust Hospital in the UK. For her laudable services in Nigeria and abroad, Mrs. Obaro has received numerous awards and recognitions including a Recognition of Services to the Black Community at St James Palace UK and the NHS @ 70 Excellence Award.

Dr. and Mrs. Obaro have been involved in extensive charity work in Nigeria, through their international NGO, MACT-Bridge Foundation. These include organizing medical missions across the country as well at internally displaced persons camps. They have also provided scholarships to indigent students, hospital equipment and educational materials to various communities in the country.

An unbiased appraisal of these profiles shows that these are accomplished experts in their own rights who were out for nothing but selfless service to their countrymen. These individuals who have spent large amounts of personal funds to expedite this vision deserve an open apology and reparations for the ill treatment meted out to them by ICPC. Nigerians also deserve an apology from ICPC for being an obstacle to the development of the country in more ways than one.