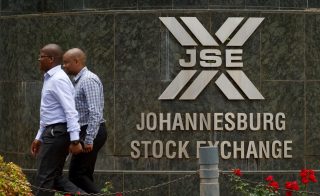 On Monday, 25 January 2021, the Johannesburg Stock Exchange’s All-Share Index recorded an unprecedented rise despite the  impact of the COVID-19 (coronavirus) pandemic on the global economy.  A 7 percent increase in Naspers’ shares (one of the biggest shares on the bourse) is reported to have contributed to the increase, making it 11 percent higher than it was in the start of 2020.

Foreign investors are also pouring in to buy local shares as a result of an increase in the need to finance investments that promote social and environmental change. According to Nick Kunze, a senior portfolio manager at Sanlam Private Wealth, the JSE is benefiting from new optimism among global investors, particularly with the announcement of US president Joe Biden’s proposed $1.9 trillion pandemic relief package that is expected to be passed by Congress soon.

Since the year began, foreign investors have bought around R10.6 billion more in South African shares. Naspers, through its subsidiary (Prosus), owns a 31 percent shares in the Chinese tech giant, Tencent. The tech company currently backs up a short-video service, Kuaishou Technology which has become a tough competition for TikTok. It has been speculated that this may account for the influx of Asian investors ahead of the Hong Kong listing.

As the JSE rallied to reach record highs on Monday, it further received a boost of 11 percent rally in Woolworths, which reported stronger-than-expected sales.

Naspers Limited is a multinational consumer internet company headquartered in South Africa. Its principal operations include online classified advertising, fintech, payments, and food delivery. As of 2020, it generated $22.1 billion worth of revenue.