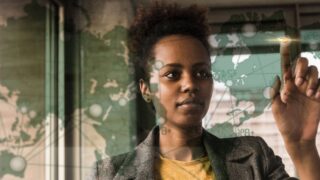 JFD opens the call for applications for les Margaret Awards 2023

Accelerating the growth of women in tech since 2013, JFD launches the call for applications for the 2023 Promotion of Les Margaret Awards. This year again, JFD will reward women from Europe and Africa for their creativity, audacity and innovation through three award categories: Entrepreneur, Intrapreneur and Junior, each of which will include a European and African winner.

Going further with its commitment, JFD has also chosen to place the issue of the gender investment gap in projects led by Women in Digital at the heart of its agenda. “Invest in Her” will therefore be the main theme of the 2022-2023 programme, which will bring together women leaders, investors, entrepreneurs, advisors and the media over the coming months to improve and promote investment in women in tech.

Who can apply for Les Margaret Awards?

Les Margaret Awards is dedicated to women citizens of a European or African country who place innovation at the heart of their action and who have thus developed a digital project, in all sectors, that responds to one or several societal and environmental issues: a disruptive innovation that creates jobs and value for our economies.

Candidates can apply in three categories:

–      Entrepreneur: for female founders or co-founders of tech start-ups;

–      Intrapreneur: for women working for companies who have developed an innovative project in agreement with their employer while remaining employed;

–      Junior: for girls aged between 7 and 18 who have an idea, a concept, a start-up project that responds to a problem through the application of a technology or those who have developed a prototype (robot, game, app…) using one or several technologies.

What are the rewards for Les Margarets?

Les Margarets in the Entrepreneur and Intrapreneur categories will benefit from the JFD Acceleration Programme: media exposure worth €1 million for one year, speaking opportunities at major international events, digital equipment, coaching/mentoring sessions with JFD partners and funding.

Les Margaret Juniors will receive tailored support for the development of their projects, digital equipment and a €1000 scholarship. They will also be mentored and coached by the JFD partners and will benefit from high media exposure. “Through their ability to take risks, women entrepreneurs are at the heart of value creation in our societies. At JFD and through Les Margaret Awards, we celebrate these women who are building the businesses of tomorrow, those who are changing the world,” said Delphine Remy-Boutang, founder & CEO JFD.

Eloho Omame, the co-founder of First Check Africa & Margaret Intrapreneur Africa 2020, said, “The world would be a better place if women were more equally represented in all the spaces where important decisions that shape the future are being made. In this belief, I’m thankful for JFD. Their mission, activities and support have added much value to my own entrepreneurial journey.”

Founded in 2012 by Delphine Remy-Boutang, JFD is the key international growth accelerator for women who take bold technological bets and rely on disruptive innovations to change the world. JFD mobilises public, private and media actors in Europe and Africa. JFD has welcomed 50,000 people, 700 speakers, trained 6,000 talents, reached 15 million people worldwide and accelerated the growth of more than 500 tech startups in Europe and Africa. In 10 years, JFD has become more than just an event: Les Margaret Awards, the Margaret Foundation, the JFD Club, the Affirmative Act meetings, the White Shirts movement, the JFD Manifesto, annual studies, and the book “Women who change the world”.