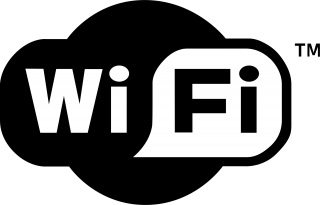 Kenya’s Mawingu Networks Ltd, which provides solar-powered “nomadic” wireless internet stations for areas that cannot economically access the internet in the East African nation, is set to get funding of $4 million to expand its operations.

The Overseas Private Investment Corporation (OPIC) the U.S. Government’s Development Finance Institution, yesterday signed a mandate letter to begin financing discussions with Mawingu. OPIC’s President and CEO Elizabeth Littlefield, who signed the mandate on behalf of the corporation is in Kenya for the 2015 Global Entrepreneur Summit. Antony Cook, Microsoft’s Head of Legal and Corporate Affairs for the Middle East and Africa served as a witness to the mandate between OPIC and Mawingu.

“The development potential from creative private sector organizations like Mawingu captures the spirit and promise at the heart of this week’s Global Entrepreneurship Summit,” said Littlefield.

She noted that financial support at crucial stages of a company’s business evolution can transform a great idea into a deeply impactful reality for millions in the developing world.

“By leveraging technology and ingenuity, Mawingu’s massive reach to connect rural African communities to the internet is just beginning, and I look forward to the growth and scalability of this model that OPIC financing can unlock.”

“Mawingu was the first of the 6 TVWS pilots Microsoft has deployed in Africa in collaboration with partners, making Africa a leader in TVWS,” disclosed Microsoft’s Antony Cook. “We hope regulators across the continent develop legal frameworks that support broader commercial deployment of the technology. It is now time to work with both local and global partners such as OPIC to go commercial and scale to impact not just thousands, but millions of lives across Africa.”

Mawingu Director Tim Hobbs could not hide his excitement following the signing of the mandate. “The support from OPIC will really help us deliver on the potential of this opportunity to help connect millions of Kenyans to the Internet for the first time,” he said.