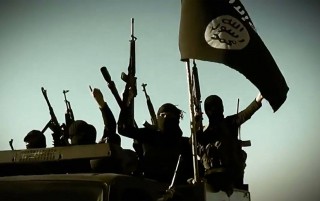 ISIS vs. ISIL vs. Daesh vs. Islamic State, explained

The major difference between the two acronyms lies in the last letter which stands for ‘Syria’ or ‘Levant’. Levant is the historical term for the region east of the Mediterranean including Egypt, Iran and Turkey.

The United States officials began using ISIL instead of ISIS to better draw attention to the group’s intentions to expand its influence beyond the borders of Syria and Iraq as ISIS is on a mission to create an Islamic state in Middle Eastern and African countries. In August, President Obama authorized airstrikes to protect areas ISIS is trying to take over.

The group is also referred to as Daesh, or simply Islamic State. Politicians often use this term in an attempt ensure that the group does not come across as convincing or believable or to deprive the group of the Islam-versus-the-West dynamic it longs for. For instance the U.S. ambassador to Canada, Bruce Heyman uses the term Daesh instead of ISIL. “I think it’s unfair to refer to Islam, and it’s totally inappropriate to think of it as a state — so anything calling it the ‘Islamic State’ is wrong,” he said.

French officials recently announced that the country will now refer to the group as “Daesh.” French Foreign Minister Laurent Fabius said, “This is a terrorist group and not a state. . . the term Islamic State blurs the lines between Islam, Muslims, and Islamists.” President Obama made similar remarks saying, “ISIL is not Islamic . . . and [is] certainly not a state.”

The militants, this year, extended the sphere of their influence from Iraq and Syria to conflict-ridden Libya. There they attacked foreigners, the most brazen of which were the assault on the Corinthian Hotel in Tripoli and the beheading of 21 Egyptian Christians in February.

Last week Friday, the world was taken by storm when explosions and shootings were reported in Paris, France, even though ISIS has killed far more Muslims, than Christians or Europeans.