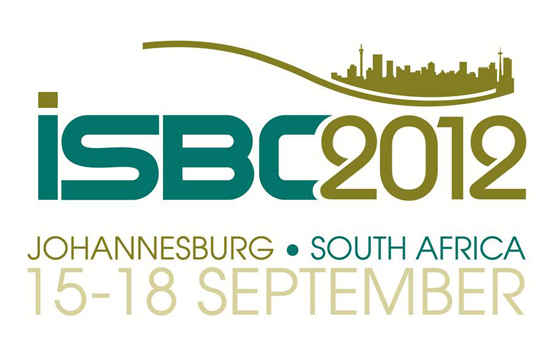 The International Small Business Congress (ISBC) 2012 will be held at the Sandton Convention Centre in Johannesburg from 15-18 September 2012 to highlight the critical importance of small business and entrepreneurship worldwide and consequently help governments reduce unemployment.

“Entrepreneurs play a vital role in a country’s development and economic growth, spurring employment opportunities and national productivity. With Africa hosting the ISBC for the first time since its inception 38 years ago, the continent can advance its economic and development strategies while supporting entrepreneurship in Africa and abroad,” says Septi Bukula, congress director of the ISBC 2012.
Entrepreneurship is considered an important mechanism for economic growth and sustainable job creation and South Africa is gearing up to host the global small business community to deliberate on strategies to foster the sector in new and high-potential industries globally.

The South African government has made entrepreneurship and the development of small businesses a priority to cultivate economic growth and job creation. South Africa’s dti and its implementing agency, Small Enterprise Development Agency (Seda), take the lead in implementing related policies and have collaborated with the ISBC to highlight the country’s efforts in enterprise development, entrepreneurship and small business promotion.

In the fourth quarter of 2011, 4.2 million people were recorded as unemployed in South Africa. Research from Stats SA showed this was 7.69% higher than the corresponding period in 2008 (where approximately 3.9 million individuals were unemployed).

With the 2012 theme ‘Fostering small business in new and high-potential industries worldwide’, the congress will attract policymakers, entrepreneurs, agencies, consultants and financiers who will share lessons on support policies and programmes and form global networking and collaboration links to foster small businesses in growth sectors. Furthermore, the Congress will inform South Africa’s entrepreneurship and small business support policies and practices, thereby serving as a catalyst for governments’ and other role players’ impact on the progression of entrepreneurship in the country.

Clement Manoko, head of communication and marketing at the dti, adds, “The Congress reinforces government’s commitment to empowering communities to accelerate job creation and sustainable economic development in the country.”

Small, medium and micro enterprises (SMMEs) account for approximately 40% of South Africa’s GDP and employ more than half of the private sector work force.

The 2011 Global Entrepreneurship Monitor study (GEM) highlights that 9.1% of the 18-64 South African age group are currently a nascent entrepreneur or owner-manager of a new business. This Total Early-Stage Entrepreneurial Activity (TEA) rate was at a record high in 2011, in comparison with 5.9 and 8.9 recorded in 2009 and 2010 respectively.

“The 2012 ISBC will facilitate networking and help entrepreneurs tap into new markets and business opportunities, encouraging improvement upon the record TEA levels of 2011. Government supports initiatives and platforms such as the ISBC that nurture entrepreneurship, facilitate economic growth, focus on job creation and alleviate unemployment,” concludes Manoko.

For more information, go to www.isbc2012.org.