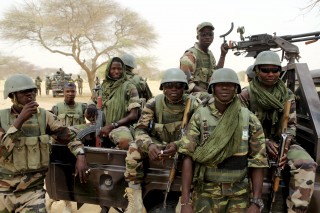 Why the Nigerian Military could pass for a terrorist group

A report by Amnesty International has revealed that “Nigerian security forces, led by the military, perpetrated extrajudicial executions and violence which resulted in the deaths of at least 150 peaceful pro-Biafra protesters in the southeast of the country.” Out of this 150, 60 were shot dead and 70 injured within two days during events to mark Biafra Remembrance Day.

Brutality by Nigerian soldiers on their own citizens stretches back in time, as far back as the Civil War. Today, the Nigerian army has become more frequent in extra-judicial killings with their recent execution of the Shiites and, now, the Indigenous People of Biafra (IPOBs). August 2015 saw the fresh rise of series of protests, marches, and gatherings by members and supporters of IPOB who have been seeking the creation of a Biafran state.

The Nigerian Civil War which started in 1967 saw more than 3 million people die and millions missing or displaced. The number of people affected by the war was three times more than that of the Rwandan genocide. Rwanda has since set the stage for a healing process by talking about the war. But Nigeria, where 3 million lives were lost (some died out of imposed starvation, which can truly be argued as organised genocide, and some were reportedly executed by the army in Asaba), the war is hardly spoken of.

Some say Biafra was Ojukwu’s wish and not that of the majority of the Igbos, but this view has been faulted by most renditions of history about what the feeling in eastern Nigeria was like when their independence was declared.

“When the declaration of independence was made, everybody surrounded the radiogram at home, all the streets were emptied. People just went to the nearest radio and stood there listening until the broadcast was over. There was a massive explosion of joyful noises. There were dances in the streets. We were all celebrating, but my father was cautiously happy–that was the kind of person that he was. He wasn’t sure that it would not lead to a war… Everybody hoped that that was going to be the end of the oppression, that we were now an independent nation, so to say–no longer part of Nigeria–and that the troubles were over, that the rest of Nigeria would just accept that and move on… I was in my first year of secondary school and we had compulsory holidays, everything had stopped because the Nigerian air force started bombing indiscriminately,” Ben Okafor, a survivor of the Nigerian Civil war, narrated.

The call for secession started after the pogroms of 1966 which saw about 30,000 Igbo people residing in the North killed. The Igbos felt they were treated unjustly and were increasingly marginalised, so the then-governor of the Southeast region, Colonel Chukwuemeka Odumegwu Ojukwu did the next best thing and declared the section of the country independent which made the Nigerian state declare a war in order to preserve the country’s interest and sovereignty.

The war was speculated to have been fueled by oil interests in the region of Biafra by Biafrans and the Nigerians who reportedly used airstrikes indiscriminately; targeting civilians, makeshift camouflaged markets, and imposed starvation as weapons of war which resulted in the death of many innocent Biafran women and children. The most famous event was the Asaba genocide, where over 700 unarmed Biafrans were shot dead by the military.

Nearly 50 years after the war

Nearly 50 years after the war, very little has changed, and hardly for the better.

Makmid Kamara, Interim Director of Amnesty International Nigeria, said about the army’s treatment of the IPOBs, “This deadly repression of pro-Biafra activists is further stoking tensions in the southeast of Nigeria. This reckless and trigger-happy approach to crowd control has caused at least 150 deaths and we fear the actual total might be far higher… The Nigerian government’s decision to send in the military to respond to pro-Biafra events seems to be in large part to blame for this excessive bloodshed. The authorities must immediately launch an impartial investigation and bring the perpetrators to book.”

In December 2015, members of the Nigerian army reportedly shot dead over 300 Shiite members in Zaria–and even more atrocities have been committed against the Shiites during the course of the year. They have been hounded like animals and killed in cold blood in their increasing numbers.

In 2014, Amnesty international released a video which included gruesome images of detainees who were alleged to be members of Boko Haram having their throats slit one by one and dumped in mass graves by men who appeared to be members of the Nigerian military and the “Civilian Joint Task Force” (CJTF)–state-sponsored militias. It also showed the aftermath of a Boko Haram raid on a village in which the armed group killed almost 100 people and destroyed scores of homes and other buildings.

But the notorious behavior of the army doesn’t stop at extra-judicial killings, they also perpetrate in acts like sexual molestation of young girls and vulnerable women.

Amnesty International released a report this year in which members of the Nigerian army were accused of sexually violating girls and women in IDP camps in Borno state. These girls and women who managed to escape from war were confronted by another form of war against the soldiers who were sworn to protect them.

I, for one, have witnessed Nigerian army personnel beating to pulp a man whom they accused of stealing like it was a military regime. People watched on, acting like it was okay because, in Nigeria, brutality by the Nigerian Army and other federal security agents is ‘normal’. It should not be the case.

Nigeria has been running at loggerheads with tyranny, in the sense that if you don’t go according to the spoken or unspoken rules of the government, you are pushed and shoved ‘war-style’ into conformity. Take for instance the Forex situation and how the government had proposed that people harbouring dollars should be arrested. Another example is the fact that Shiites or IPOBs have been killed in their numbers and outlawed because they pose a ‘threat to security’. This is talking about over a million Shiites (who are citizens of the state), considered a threat when the country supposedly allows freedom of religion. This is a group of people whose only crime was to peacefully protest for self-determination, which is, in fact, their right.

The army has since denied claims of brutality against the Shiites, IPOBs, but this hasn’t eliminated the real questions: who trains them? who gives them the right and confidence to perpetrate brutality? who should we be more worried about? The Army or IPOBs/Shiites? 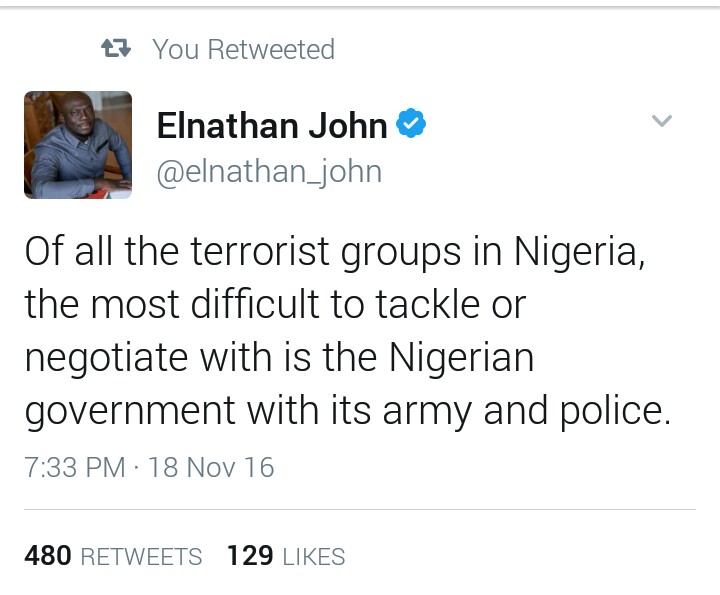