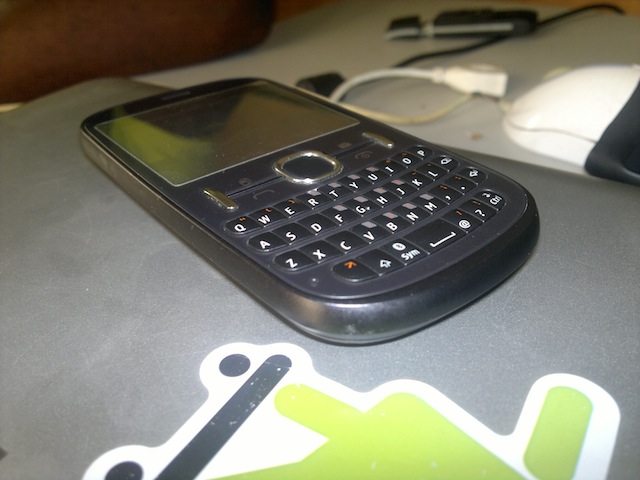 Is Technology a Silver Bullet in Solving Socio-economic Problems?

Don’t get me wrong, I am as excited about technology and I love to write and talk about it like the geek next to me. However, I have seen how we neglect some other vital issues and pursue technology as if it is the single solution to developmental problems in our society.”

Technology has evolved a great deal. One of the most highly valued companies in the world is a technology company- Apple. Their products are selling in quantity. One of their core products, the iPhone has no doubt contributed to innovation.

But are technological solutions over hyped? It is easier for those who are enthusiasts of a particular industry to think of the industry as the messiah.

In order to have an honest look at the situation the way it is, one might need to take a step backward. There have been cries by technology pundits and enthusiasts that technology is an enabler of solutions and can create a level playing field. It allows those in underdeveloped and developing communities to be able to grow and compete with the rest of world. Some of the arguments in support of technology as a tool for solving problems in developing world are the fact that it broadens the resources–information–that are available.

One aspect of technology that is ubiquitous in Africa is the mobile phone. The mobile phone has grown at a very fast pace. If you search for the word; mobile and Africa, you are more likely to find results ranging from Mpesa–mobile money, Esoko–mAgriculture in Ghana, the medical app in Kenya—MedKenya. There have been a huge contribution and development in the society caused by these tools. Some government leaders have also been using technology to interact with the community and allow for participatory governance. We see the example of Kenya, where they recently launched open data. It would make government participatory. There is yet another here in Nigeria. Ekiti state government recently launched a web portal including digital media platforms that would enable the community to participate more in governance and allow for greater accountability, says Dr Kayode Fayemi, the State Governor.

All the above are the different means by which technology is being deployed to solve problems and bring about development.
Not only has mobile technology been very useful in the area of mobile money transfer, agriculture, and medical, there have also been those who have been able to communicate widely using a connected mobile device during the Arab spring in northern Africa.

The number of Africans that are using Facebook, Twitter, 2go, Mxit, Eskimi and some other form of social messaging and social networking online are huge. It has created opportunities and open doors for many. It has opened up new channels of communication among people across different border. Such kinds of interaction would not have been possible during the days when dialling out from a landline or using a dial-up for Internet was a herculean task.

I have friends in Memphis, US; Nairobi, Kenya; South Africa; Pune, India; and a host of other places in the world. We share and interact seamlessly. We share ideas, brainstorm together and learn about each other’s culture. I have never made a single trip out of Nigeria. Technology made all this possible.

However, there are still a few things that need to be placed in perspectives. Is technology really solving problems in our society? Do they dig deep enough or are they just providing palliative measures?

Let us take a look at some of the developmental problems in the continent. We have famine, unemployment, poverty, corruption, high mortality rate of nursing mothers and their children, militancy and uprising within some communities.

How has technology approached these problems?

Providing job opportunity – There is a rising in the number of hubs and startup communities in Africa. I can mention a few of the young startups that are doing so well. We have Njorku, IrokoTV, Jobberman, Encipher group, Famiscro and some others. During the recent Android challenge organised in Sub-Saharan Africa by Google we saw some incredible apps that came out and they are rich in local content helping to push the creativity and talent of Africa to the world. These enterprising young companies can absorb a few of the unemployed. Even at that, there is a cry that there are less qualified people to recruit within the continent that will work with them. The search for talent often leads recruiters to countries outside Africa. How will that help to provide job for the many that are coming out of our universities? The qualities of graduates are ranked below average.

I once spoke to a ‘computer scientist’ (his course in school), I asked him if he could write programs. His response was; ‘they never taught us how to.’ When I asked Emeka Okoye—the developer of Revoda, the election monitoring app—how he became proficient at coding, he said he taught himself. The Educational institutions need a paradigm shift.

To improve education in Nigeria for instance, there is need for a turn around by the ministry of education and a re-think of how education is responding to the changes and challenges within the society. Education should respond to societal needs. What if the value of contents being delivered in school do not qualify the people to be empowered to solve their own problem and be able to earn a living?

Well, some will say technology will bring that shift. Let’s see how that will work out.
Corruption – There is a project called Budgtit. Its aim is to uncover what the government budget is and let people know about government expenditures. While this will inform the public and probably chastise the government, how well is it reforming the individual who lacks truthfulness? There are institutions that are meant to instil good values in individuals. These institutions do not necessarily need technology to do their work. We have the family, religious institutions and the school. These institutions are failing.

Some of the complex social problems that technology cannot solve are: Fraud and corruption, Family breakdown, Lack of respect for public property, Leadership problems, reckless spending habits, lack of work ethics, lack of regard for time ala Africa time and so on. Tell me, how do we use technology to solve these problems?

Health care – I mentioned that the mortality rate of pregnant women, nursing mothers and their children are high in Africa. How is technology solving that problem? We cannot use technology to qualify the doctors, can we? We need our government leaders to implement policies that will improve the quality of medical doctors and the infrastructures available. How well can you work if you lack good mental and physical health?

I will limit it to these three issues. Let us stop over exaggerating the potential of technology. Don’t get me wrong, I am as excited about technology and I love to write and talk about it like the geek next to me. However, I have seen how we neglect some other vital issues and pursue technology as if it is the single solution to developmental problems in our society.

In the words of Kentaro Tayoma, “Looking at mobile technology as a tool to solve societal and socio-economic problems is an unproductive diversion.”

Rather that put all energy behind using technology to bring about a better world; we should look deeper at the core problem.

He adds, “Market penetration is not the same as meaningful impact.”

In the full embrace of technology, we must once in a while slow down and ask, is there a real change in the lives of people? There is a claim that software is “eating jobs” because most of the technology company don’t employ a lot of people despite their share of the market and their revenue. This should not be the case.

There is need to rethink how technological solutions are applied and recommended to solve socio-economic problems. Rather than focusing on technology and voting huge resources for technology centric projects, why not consider if allocating resources to people-centric projects, developing capacity of people, can solve the problems (or challenges) in question?