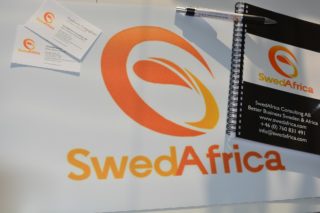 Sweden, the very centre of prosperous Nordic social democracy, has long established itself as a ‘Good Samaritan’ on the international stage. The country is a global leader in international aid and human rights, playing an outsize role on the world stage given its relatively small population and economy. As Sweden seeks to expand this role into the administration of international law, the time has come to ask whether the country’s good intentions always lead to good outcomes for Africa.

Sweden’s role as a global Good Samaritan is well established, so much so that some feel the role forms part of its national identity. In her seminal study on the subject, Professor Alison Brysk, University of California, Santa Barbara, notes that ‘Sweden sets the gold standard for human rights foreign policy promotion: funding, sheltering, mediating, and advocating for the full spectrum of human rights, all over the world, for several generations.’

Brysk details how an active and generous approach to human rights runs through almost all Swedish foreign policy, and is broadly reflected in domestic policy. She examines how this position is engrained in Sweden’s political culture, an agenda pursued by governments of the right and the left. Most importantly, Brysk argues, Sweden’s role as global Good Samaritan is motivated not by pure altruism, but a form of enlightened self-interest, ‘this ongoing series of policy choices was enabled and inspired by a collective ideology that reconstructed national interest as global cosmopolitanism.’

Sweden is one of the few countries in the world to exceed the UN’s target for foreign aid as a proportion of gross national income, with contributions reaching a world-leading 1.4 percent of GNI in 2016 according to the OECD and falling to 0.99% in 2019. It has an aid policy framework linked to the UN’s Sustainable Development Goals and particularly focused on promoting human rights.

In the diplomatic field, Sweden was a leading critic of apartheid South Africa, applying sanctions and supporting ANC leaders. In Sudan, Sweden combined a major package of aid with a concerted diplomatic push for peace in 2007. It is a major contributor to the UN and international institutions supporting human rights and international development.

Not every commentator is entirely full of praise for Sweden’s role in human rights and global equity. Writing in the Nordic Journal of Human Rights, Johan Karlsson Schaffer of the University of Gothenburg points to areas in which Sweden has sought to exempt itself from the activism it applies to other countries. Sweden was initially keen to promote the development of international law and human rights norms, but ‘by the 1980s, the government began realising that Sweden’s international human rights commitments had more far-reaching domestic implications than it had assumed, as an increasingly proactive European Court of Human Rights delivered its first judgments finding against the state’.

From its treatment of the Sami people to more technical matters, Sweden’s governments have often found themselves taking positions at odds with their diplomatic rhetoric. Ultimately, Schaffer concludes, Sweden’s commitment to human rights at home and abroad is at least partly shaped by ‘domestic political considerations’.

Regardless of any notes of minor domestic hypocrisy, it’s clear that to date, African nations have been overwhelming beneficiaries of the ‘domestic political considerations’ that have led to a generational commitment to international aid and human rights. Where those considerations are more dangerous, however, are in the realm of law.

Along with its European neighbours and many African states, Sweden is a party to the Rome Statute that established the International Criminal Court (ICC) in 2002. It is the only internationally recognised court with jurisdiction to prosecute international crimes, including genocide, crimes against humanity and war crimes. All of the forty individuals to have been indicted at the ICC have been from African countries. Nine have been convicted, and four acquitted.

Sweden is a supporter of the ICC, yet, ever the activist, appears keen to take up cases the court will not pursue. Following the signing of the Rome Statute, Sweden’s parliament passed the  Act on Criminal Responsibility for Genocide, Crimes against Humanity and War Crimes in 2014. This act enshrines the crimes detailed in the Rome Statute in domestic law, creating the offences listed in the title of the Act.

A peace-loving nation, it’s unlikely that genocides and war crimes will take place in Sweden in the near future. The law is also, however, subject to the unusual legal principle of Universal Jurisdiction. This means that crimes can be tried in Sweden regardless of where the crime took place or the nationality, residency or current location of the perpetrator and victim.

A report published in the UK by international criminal lawyer Steven Kay QC in May highlights problems with this approach that could significantly impact Africa. The Swedish Prosecutor’s Office, which has its own department of human rights, has the right under the 2014 law to launch investigations and prosecutions of individuals that should, by international convention, be heard at the ICC.

Steven Kay’s report details that the Swedish Prosecutor’s eleven-year investigation into Lundin Energy’s activities in southern Sudan does not meet the standard of evidence required by the ICC. The allegations at the heart of the case were also considered and thrown out by a US court when levelled at the Canadian Talisman Energy. Most disturbingly, the report details political pressure on the prosecutor from civil society organisations to pursue the case.

Sweden’s socially democratic and ‘enlightened’ political culture, the ‘domestic political considerations’ detailed above make it an activist on the world stage. It actively seeks to promote and impose its values on other countries, particularly on African countries.

Carl Bildt, the country’s best known and perhaps best-loved global statesman, put the position clearly when he spoke at the UN in 2007, ‘Sweden must never cease to speak out in criticism of dictatorships that remain and the authoritarian regimes in which human rights protection is weak. We must also have the strength to criticize shortcomings in our own circle.’

As far as this relates to international aid, the promotion of gender equality and criticism of despots, three of Sweden’s top priorities, the approach is beyond reproach. Where the same political culture leads a nation to apply its own legal system to the affairs of other countries, questions must be asked. When it comes to Africa and international law, Sweden may be well advised to defer to the international courts.