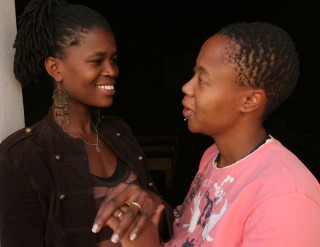 Yesterday, Malawi’s Minister of Justice, Samuel Tembenu, reaffirmed that gay people are not to be arrested by the police or prosecuted while lawmakers in the country continue to reexamine the existing laws prohibiting homosexuality. The announcement was made after the charges of sodomy, brought up against a gay couple, were dropped earlier this month. Former Justice Minister, Ralph Kasambara, revealed the position of the government first in 2012.

The men were reportedly arrested by a neighbourhood watch team, while neighbours invaded their home and vandalised it. According to famous gay rights advocates, the Human Rights Watch and Centre for the Development of the People, the couple forcefully underwent medical tests to check them for HIV and other STDs.

This arrest is the first in the country since 2009 when Steven Monjeza and Tiwonge Chimbalanga were convicted for engaging in gay sex just a year before an intended wedding. They, however, received pardon from the late President Bingu wa Mutharika the following year for lack of victims in the incident.

In 2012, Malawi moved one step further in the direction of decriminalising homosexuality in the country when Kasambara announced that the police have been ordered to suspend the arrest of suspected homosexuals. According to him, continuing to do so was unconstitutional and embarrassing for the government.

President Joyce Banda openly stated her support for gay rights and the decriminalisation of same-sex relationships the same year, amidst condemnation from traditional and religious leaders, who criticised her disposition as trying to please ‘Western donors’.

Gay rights groups praised the Malawian government for its commitment towards protecting the rights of the LGBT community and other minorities. Malawi remains one of the 34 countries in Africa that criminalise homosexuality, although it has made a bold move for human rights and equality through the suspension in enforcing anti-gay laws.

As the debate over gay rights in Africa remain heated, countries such as Malawi and Mozambique give reason to hope for a light at the end of the tunnel for the rights of LGBT individuals and communities throughout the continent.