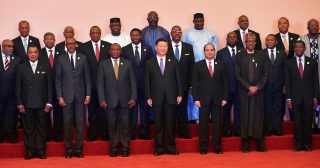 Is Africa’s largest creditor worried about its loans?

While several African countries have shown prospects through organic economic growth, others struggle with huge debt loads. Many Africans were worried when several media houses reported that China, Africa’s largest creditor, seized Uganda’s assets for failing to repay its loans. Although both parties later debunked the claims, it did not alleviate the growing concerns about these debts.

China became Africa’s biggest creditor by consistently doubling or even tripling its financing pledges for Africa during previous Forum on China-Africa Cooperation (FOCAC) meetings. However, in 2018, China kept its pledge stagnant at $60 billion for the first time. This year, for the first time, the Asian giant cut down investment pledges from $60 billion to $40 billion at the recently concluded ministerial-level FOCAC meetings held in Dakar, Senegal. It’s easy to rationalize that this drastic reduction is due to China’s poor economic performance in the wake of the pandemic with a GDP growth of 2.3 per cent in 2020, down from 6.0 per cent in a pre-pandemic 2019, but this doesn’t tell the entire story.

As Africa’s largest creditor, defaults and risk of defaults from African countries are a major risk to China. For instance, the IMF recently said that the economic outlook for Sub-Saharan Africa was “extremely uncertain”. Zambia, the first Covid-era African country to default on sovereign debt in 2020, owes China $6.6 billion. Given the weak economic forecasts for the region, with African leaders calling for debt renegotiation during the conference, Beijing’s decision to tighten its purse strings is understandable.

Although AU Commission Chairperson Moussa Faki Mahamat welcomed Xi Jinping’s announcement to cancel debts due in 2021, he stated that the financing gap of around $290 billion for the continent is worrying. He called on China to “intensify its efforts to multiply measures aimed at alleviating this burden on national economies, some of which are already heavily affected by peace and security threats.”

African leaders have appealed for more trust in recent years in an attempt to mitigate waning Chinese investment. Senegal’s President Macky Sall urged “Chinese companies to adopt a more confident and optimistic view of investment in Africa.” These pleas portray that these countries are highly dependent on these incentives. However, taking debts ought to meet corresponding levels of productivity.

Chinese financial institutions have been funding an average of 70 projects in Africa each year, according to The Economic Times, with the majority of activity focused on mineral and hydrocarbon-rich African states such as Zambia (copper), Kenya, Nigeria, Ghana, Angola, Algeria, Mozambique, Egypt, Sudan (Oil & Gas), South Africa and Tanzania (Gold). But many of these states still struggle with productivity. For instance, Nigeria has problems generating revenue and is poor at budgeting. Hence, Africa’s most populous nation spends most of its revenue servicing accrued interests on loans in 2020.

Consequently, the debts have been triggering a repayment crisis. According to Kenya’s latest quarterly economic and budgetary review, Kenya owes China $6.92 billion which translates to 66.5 per cent of Kenya’s bilateral debt and 19 per cent of its external debt which stands at $36.7 billion. According to Kenya’s auditor general, the country may lose Mombasa port if it defaults on loan repayment.

A 2016 report by Reuters showed widespread discontent in Angola because of oil repayment against loans from China that left Angola with little to no crude oil to export. In 2020, Nigeria spent $195 million as debt repayment to China, a small portion of the billions it owes the Asian country. It took less than five years, between 2010 and 2015, for Nigeria’s debt to grow from $1.4 billion to $3.3 billion. Members of Nigeria’s parliament are concerned about the country’s lending habits as well as the ‘sovereign guarantee clause’ in its loan deals with China. Several African countries are renegotiating their loans with China, while others are expressing dissatisfaction with loan limits.

“The fact that China is still committed to African projects means they see potential,” Ovigwe Eguegu, a policy analyst, told Ventures Africa. “But there are reasons to be concerned. One of them is that the pandemic hit everyone’s economy. Many of these countries indebted to China are still struggling to recover. It’s also important to factor in the viability of the projects these countries are taking loans for. Another cause for concern can be the political instability and insecurity in regions like Northern Nigeria. What is the guarantee that the railway being built with borrowed funds will not get blown up by terrorists?” he said.

Nevertheless, China seems to be making a paradigm shift. Through a white paper published a few days before the Conference, China’s State Council Information Office confirmed Beijing’s new vision. It stated that “China is promoting a new development paradigm with the domestic economy and international engagement providing mutual reinforcement, and the former as the mainstay. China’s development will create more opportunities for Africa’s development.”

Editor’s note: This article has been updated to reflect the proper amount of Kenya’s debt to China, and how it converts into percentages of the African country’s bilateral and external debt.