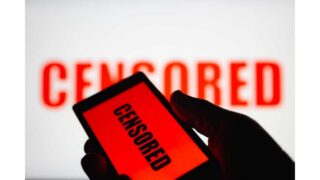 In May of 1933, Joseph Goebbels, the Nazi Minister of Propaganda, organized the burning of thousands of books in Berlin. Following that event, Nazi-dominated student groups carried out public burnings of books they claimed were “un-German.” The book burnings took place in 34 university towns and cities. Works of prominent Jewish, liberal, and leftist writers ended up in the bonfires. The book burnings stood as a powerful symbol of Nazi intolerance and censorship. The Nazi book burnings were the most famous in history, but the culture of censorship did not end there. Book burnings still take the form of internet censorship.

According to a report by Surfshark, Africa is the most censorship-intensive region in the world this year, with 10 countries shutting down social media. Even though there were fewer cases of internet restriction this year, internet disruptions affected approximately a quarter of a billion people. Some countries also newly joined the list, including Nigeria. “In terms of politics, 2021 has been more stable than 2020, albeit still far from ideal. However, countries are (evidently) not afraid to pull the trigger on social media in areas of political turmoil,” says Vytautas Kaziukonis, CEO of Surfshark. “This is still especially true in Africa and Asia. And while this year showed a positive turn with fewer social media bans, it is yet to be seen whether the trend will continue in 2022 and beyond.”

Last August, the Zambian government restricted access to all social platforms, including Twitter, Facebook, Instagram and WhatsApp. The government claimed its action, which it took during the general elections, was to “maintain law and order”. Zambia’s action came months after Uganda did the same, claiming it was “preventing outside interference” during its elections. In October 2021, Eswatini’s authorities disrupted access to the internet and social media platforms for the second time in one year in response to pro-democracy protests. On 5th June 2021, the Nigerian government restricted access to Twitter two days after the deletion of a controversial tweet from the president’s handle. Following the suspension, the attorney general ordered the prosecution of people who still used the microblogging platform.

During his televised Independence Day broadcast, President Muhammadu Buhari announced a “conditional” lifting of the ban on Twitter. “Following the extensive engagements, the issues are being addressed, and I have directed that the suspension be lifted but only if the conditions are met to allow our citizens to continue the use of the platform for business and positive engagements,” he said. A less formal way to interpret this statement is: “I am lifting the ban, but only if Twitter assures me you will all behave yourselves.”

But while blackouts and social media blocks have grabbed most of the headlines, a major concern is that governments are becoming much more sophisticated and moving beyond “blunt” tools like shutdowns to control information. A research paper from the Institute of Development Studies (IDS) shows that the government is widening its scope of digital surveillance in six African countries (Egypt, Kenya, Nigeria, Senegal, South Africa, and Sudan) and that there isn’t enough legal framework to counter it. It asserts that the expansion of state surveillance in these countries violates citizens’ rights to privacy and that the illegal state surveillance is being carried out with impunity.

A December 2020 report from the University of Toronto’s Citizen Lab also claimed government agencies in Kenya, Morocco, Nigeria, Zambia, and Zimbabwe are likely to have purchased spyware from another company, Circles, whose tools allow its customers to monitor calls, texts, and cell phone geolocation.

We recently talked about growing concerns about loans from China. But credit might not be the only thing connecting us to China. The Freedom on the Net 2021 report ranks China as the worst environment for internet freedom for the seventh year in a row, pointing to, among other things, authorities imposing “draconian prison terms for online dissent, independent reporting and mundane daily communications.” China doesn’t impose these shutdowns anymore because they don’t have to. The state has been widely reported to have deep insight and control over what everyone is doing on the Chinese web.

It appears that’s how many African governments are trying to operate. The IDS report warns about the introduction of new laws to expand state surveillance powers. As more Africans come online, mostly via their phones, the rising concern among academics and researchers is whether these African countries will focus on controlling how citizens can use parts of the internet, rather than shutting the whole thing down.

The paradox here is that Africa is gaining global attention as a tech hub as several innovations have sprung up. In 2021, it produced four new unicorns as VC funding reached a new all-time high. Tech has become a large contributor to African economies. But internet shutdowns are stifling this sector’s growth. In 2020, Sub-Saharan Africa lost $237.4 million to internet censorship, according to a Top10VPN report. In 2021, Nigeria alone lost $1.5 billion, making it the second-most affected nation by internet censorship. Sub-Saharan Africa’s losses jumped to nearly $2 billion in this period. Importantly, these figures are estimates obtained by using the Netblocks COST tool. For instance, while the use of Twitter is restricted in Nigeria, many still use the platform and earn from it. Internet service providers are also still earning since people still consume data on Twitter. However, these earnings might have declined.