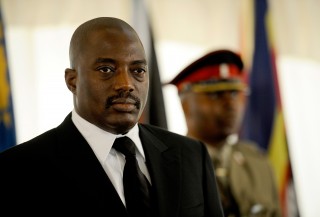 Internet blackout and gunfire in DR Congo: Joseph Kabila is going to great lengths to stay in power

Despite protests by the people of DR Congo and the international community to prevent a deprivation of human rights, imposed Democratic Republic of Congo (DRC) president, Joseph Kabila honoured his selfish interests over that of the people by shutting down DRC’s internet.

The Congolese Police has also resorted to gunning down protesters who have lent out their voice against their expired leader. On Tuesday, Reuters reported that up to 20 civilians were killed and scores of people arrested in the country in a bid to protect its democracy after the expiration of President Joseph Kabila’s tenure.

Thousands of Congolese protesters matched to the streets to protest after President Kabila’s mandate ended. Scores of protesters have been injured and 20 people reported dead.

The government’s main opposition leader, Etienne Tshisekedi, a few hours into Kabila’s expired mandate, called on Congolese to peacefully resist the regime. The opposition leader told the people not to recognise the illegal and illegitimate authority of Kabila.

It is shameful that President Joseph Kabila cannot live up to the mandate of the party that he formed–People’s Party for Reconstruction and Democracy [Parti du Peuple pour la Reconstruction et la Démocratie (PPRD)]. The party, which maintains it has a centre-left philosophy, has failed to adopt its ideology by reducing equality among the Congolese people; it has rather widened the gap and given them more reason to believe it is a failed system.

The motive behind President Joseph Kabila’s retention of power after his tenure completion still a mystery to the world despite already amassing a wealth of over $15 billion in just 13 years of being in power. Is the (ex) President not tired of looting? His alleged net worth would conveniently fund the election that he postponed.

President Joseph Kabila’s resistance to end his mandate comes alongside Gambia’s strongman, Yahya Jahmeh, who has also failed to accept defeat after the democratic election. The growing chorus for Jahmeh’s step down has led to the Gambians literally losing their fear of the dictator. Rather, protests have increased immensely in the country. Kabila faces the same threat if he does not back down as the Congolese people will not accept his continuation.

Kabila should see that shutting down the internet in Congo has failed to achieve its purpose as the people’s voices have only gotten louder louder. The Congolese government can try to shut its people’s mouth, but it cannot take away their voice.