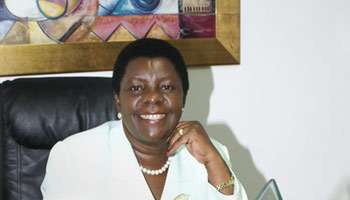 “Do not follow where the path may lead.
Go instead where there is no path and leave a trail” – Ralph Waldo Emerson

Social entrepreneurs, political activists and cultural change-makers are today’s trailblazers, daring to do what no one else has done, taking up the cause of the voiceless and selflessly extending themselves on behalf of the underdog. This is in stark contrast to the financial executives of the world, shiny suits, pointed heels, a polished finish – the epitome of capitalism. Ventures Woman has seen her fair share of both, each woman unique and exemplary in her own way. Tanzania’s Sabetha Mwambenja has successfully defied stereotype to combine her career as a banking executive with effective social change.

In January 2011, Mwambenja was appointed as the first Managing Director and CEO of the new Covenant Bank for Women Tanzania Limited, a new bank focused on wealth creation for women and junior entrepreneurs by providing access to finances and training. Through innovative financial products and services, Covenant Bank seeks to graduate bottom of the pyramid micro and small entrepreneurs to higher levels of entrepreneurship.

Sabetha Mwambenja’s belief that ‘nothing is impossible’ lies at the heart of her success in banking.

She studied at University of Dar Es Salaam in Tanzania for her first degree and proceeded to the University of Central Michigan in the United States where she got a Master’s degree in Business administration. Considering her home environment and interests, she also obtained diplomas in Agribusiness Management, Rural Credit Development, Industrial Extension Services and Micro Enterprises Finance. With her education solidly under her belt, she began her banking career in 1974.

Sabetha’s first post was as a management trainee at the National Bank of Commerce (NBC) and following several changes and promotions, she became the Chief Advances Manager and later the first woman Director of Credit in NBC history. Then several years later in 1998, Mwambenja claimed another first, becoming the first woman General Manager in the history of banking in Tanzania. She was appointed as the General Manager of the newly established Exim Bank Tanzania Limited.

As had become characteristic of her career, she was promoted to the position of Chief Executive Officer of Exim Bank after only 2 years. Mwambenja was the first and only woman CEO in the banking sector in Tanzania – she not only wen where no other woman had gone but has since paved the way for others. She held her position in Exim Bank for 14 years until December 2010 and in that time the bank grew to become sixth largest bank in Tanzania in terms of assets, profits and branches. Exim bank grew to 20 branches nationwide with subsidiaries developed and planned outside the country. It is also the bank with the highest number of offsite ATMs, the first to introduce innovative measures like Mobile ATM and the first to use MasterCard credit card in Tanzania. In all of this, Mwambenja did not forget fellow women who were less fortunate than herself. Under her initiative, Exim bank was the first bank in the country to introduce an exclusive financing scheme for women entrepreneurs called Women Entrepreneurs Finance. It not only lends to women, it also lends to microfinance institutions which create jobs and empowers women economically. Even within the bank’s staffing, her influence was felt as a 30 per cent increase in the number of female employees was seen at Exim. Indeed Exim bank under Mwambenja fulfilled its motto “Innovation is life”.

The trailblazing mother of four has since been rewarded for her contribution to banking excellence and women’s empowerment. The International Alliance for Women (TIAW) named Sabetha Mwambenja one of the winners of their World of Difference 100 Awards in the Community/Corporate category. She was appointed to the World Entrepreneurship Forum, an assemblage of innovative leaders in entrepreneurship under the sponsorship of EMLYON Business School, KPMG and former President of France, Nicolas Sarkozy. She is also a member of the governing board of the Global Banking Alliance for Women, a Board Member of the Southern Highlands University College and Advisory Board Member of the University of Dar Es Salaam Business School in Tanzania.

“Do not follow where the path may lead. Go instead where there is no path and leave a trail.” Though Emerson spoke these words long ago, Mwambenja is responsible for bringing them to life today. Perhaps we too can not just follow in her footsteps, but blaze a trail for others.